With the latest season of the CW’s Two Sentence Horror Stories premiering last week, Horror News Network caught up with director, Kimani Ray Smith to discuss his contribution to the second season.

Horror News Network: Two Sentence Horror Stories harkens back to the great horror anthologies of the past.  Growing up, were you a fan of them growing up, did you watch Tales from the Crypt or The Twilight Zone?

Kimani Ray Smith: Yes! Loved both Tales from the Crypt and The Twilight Zone. I’m also a big fan of The Outer Limits and Amazing Stories series. Anthologies are the perfect medium in today’s fast-moving society, they’re a quick watch, you can see them in any order, and you don’t have to be committed. I’m also loving the new “Black Mirror”, the quasi anthology “Tales from the Loop” and also Jordan Peele’s “Twilight Zone”. They’re cerebral horror/sci-fi shows with meaningful social commentary. And that is what really attracted me to Vera Miao’s Two Sentence Horror Stories, she is reinventing the horror genre by tackling serious societal and cultural issues. Vera has subverted the classic horror tropes by centering on everyday people and their diverse perspectives.

Horror News Network: The episode you directed, Bag Man, centers around a group of high school students in detention, sort of a creepy Breakfast Club.  How did you approach the story written by Leon Hendrix?

Kimani Ray Smith: Leon wrote a fantastic script dealing with a very sensitive topic, high school lockdowns. We needed to be careful on how we crafted this episode and by using a supernatural twist allowed us to navigate the delicate subject matter. Also, I approached the story by focusing on the characters and their relationships, not the threat. I wanted to portray them like everyday kids caught in a horrific situation. We know kids do stupid things, whether out of anger, loneliness or love but at the end of the day, they’re still just kids. They need support, guidance and to feel like they matter. Even our teachers, like the character Principal Gallo, are under extreme pressure and high levels of stress being responsible for our children’s safety in today’s “gun culture” society. Teachers should be paid like doctors or pilots, in my opinion. Schools are now resembling prisons rather than places of academia. They are spending more money on security guards, metal detectors and barring the windows than on educational tools and outreach programs for their students. We need to be focusing on children’s mental health, empathy education and community to help prevent future tragedies from happening. The lockdown scenario, like in our story and in today’s schools, are just Band-Aide solutions. You might be able to keep the threat out, however what if the threat is already inside, what if your child was locked inside with the monster?

The character of the “Bag Man”, in essence, is the system that is holding onto old ideologies about controlling a situation in the moment rather than focusing on the root of the problem and preventing it before it even becomes a problem.

Horror News Network: Are there plans in the works for you to direct any future episodes of Two Sentence Horror Stories?

Kimani Ray Smith: Yes indeed, I am directing the season two finale, “Manifest Destiny”. It’s an episode that deals with “controlling the narrative” and the scary aftereffects of who’s side of history is telling the story.

Horror News Network: Do you have a favorite episode from the first season?

Kimani Ray Smith: My favorite episodes from the first season were “Gentlemen” and “Scion”. They were well crafted; the shot design was on point and the tension was unbearable. Director Natalia Lyudin did both episodes, she really knocked it out of the park and got me hooked on the series. Bravo Natalia!

Horror News Network: How did you become involved with the show and is there plans in the works for you to direct any future episodes of Two Sentence Horror Stories?

Kimani Ray Smith: Producers Liz Levine and Shawn Angelski, who are both amazing human beings, sought me out. I’ve known them through the film and television community in Vancouver, Canada for a number of years. Albeit they knew me as a stunt coordinator, found out I was directing and that I was actually directing in the horror genre. They introduced me to the Stage 13 team, and it was a perfect fit. Stage 13 is a really progressive and inclusive company giving a platform for diverse voices.

There has been talk of me returning next season, fingers crossed. Working on Two Sentence Horror Stories was a great experience and would love to do it again.

Horror News Network: Who are the genre directors that had the most influence on your work?

Kimani Ray Smith: What really scares me the most, is the state of the world right now and what the future will be like for my son if we continue on this current path… 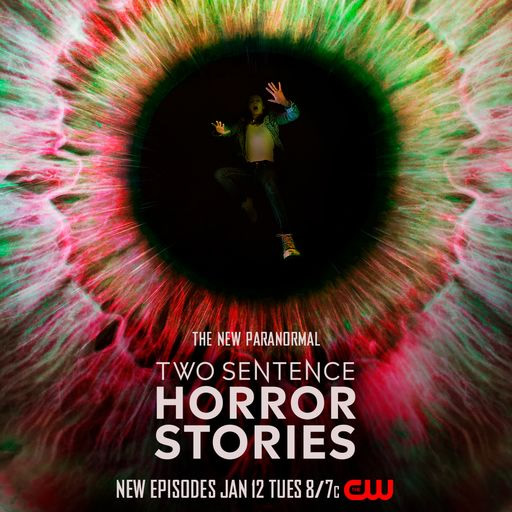 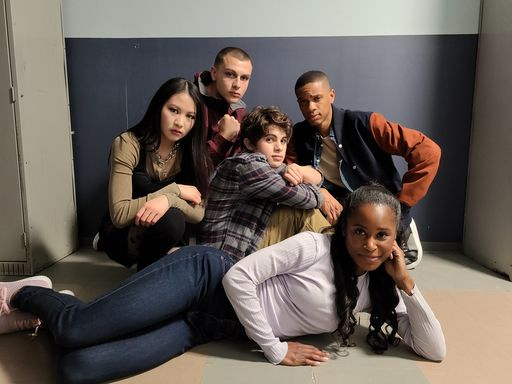 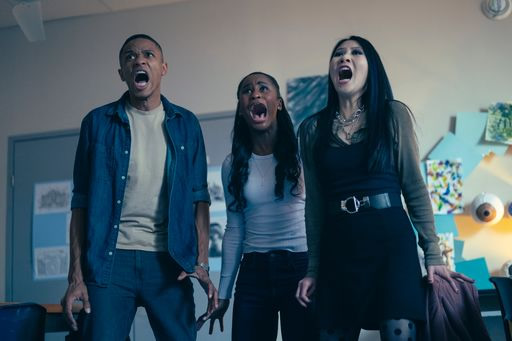 Horror News Network: The world is a crazy place right now. Hopefully peace will prevail and we can collectively move past this.

Thank you for taking the time Kimani! We look forward to more of Two Sentence Horror Stories.

Shakespeare once wrote that brevity is the soul of wit. And those who believe it's also the soul of horror will be happy to...
Read more

The CW has already renewed their horror anthology, Two Sentence Horror Stories, for a third season according to a report on Deadline.  Earlier this...
Read more

Fans of long-form brevity can rejoice once again.  According to Deadline, the CW has announced that it is bringing back the anthology series Two...
Read more