Hot on the heels of its unveiling at FanExpo Boston last week, the artists at Trick or Treat Studios have officially announced their latest upcoming masterpiece.  A Halloween III: Season of the Witch 3-pack featuring the skull, pumpkin and witch trick-or-treating tykes will be up for pre-order shortly….and this set is a must-have for any horror collector.

The 3-pack will feature 1:6 scale replicas of the doomed children, and if the prototype is any indication then the detail will be off the charts.  While the articulation for each is unknown at this time, the figures will feature alternative melted heads (sick!), trick or treat bags and interchangeable hands.

It’s interesting to note that the Halloween III 3-pack was not one of the items featured in Trick or Treat’s “Comic Con At Home” streaming event from July, which could mean that the property became available pretty recently.  These are also going to be in scale with NECA’s Halloween III 3-pack of the trick-or-treaters, which was released in 2020.

This cool set is pending final licensor approval, so no firm date has been announced for the opening of pre-orders.  However, Trick or Treat is providing updates and details by email, with a sign-up link on their website (www.trickortreatstudios.com). 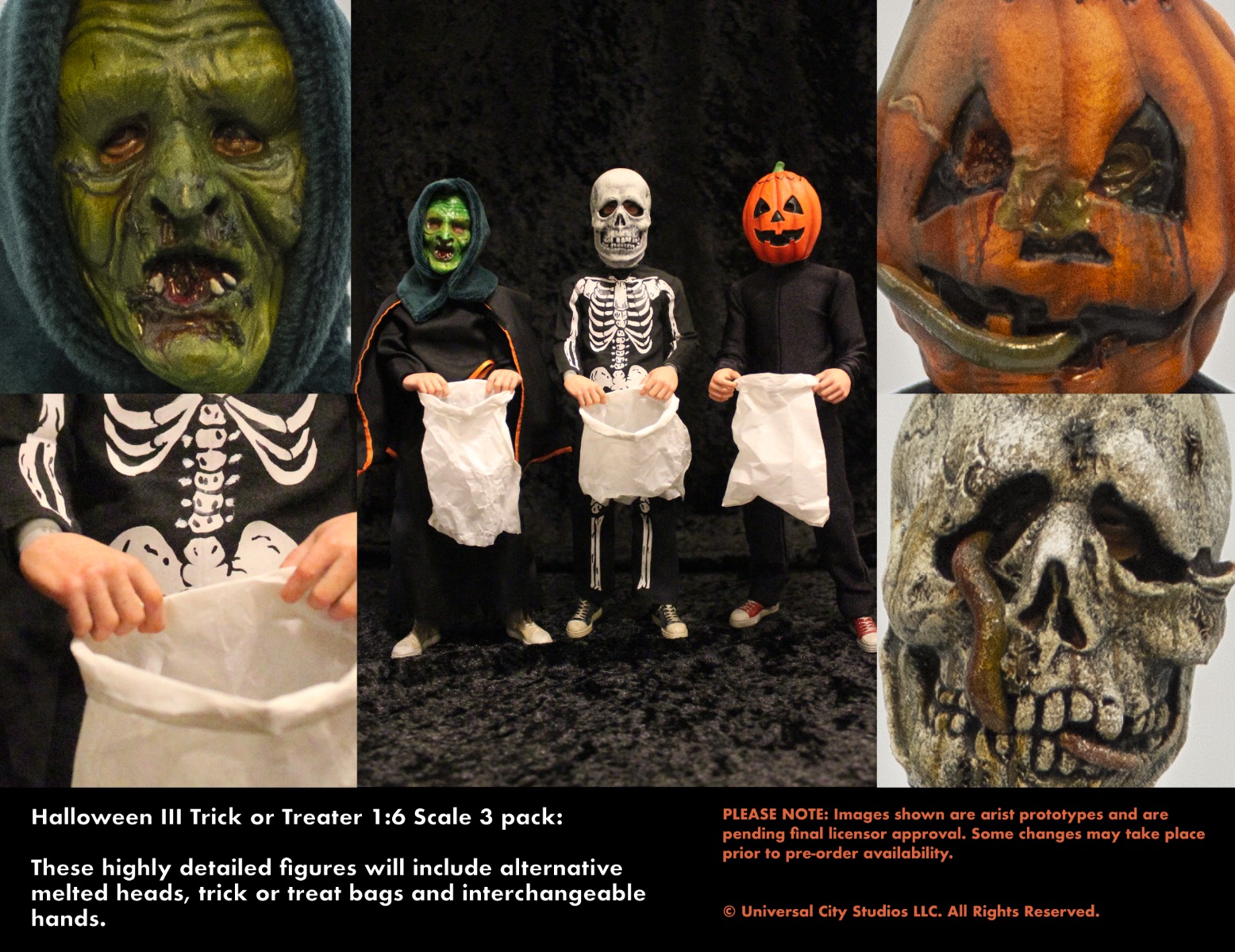 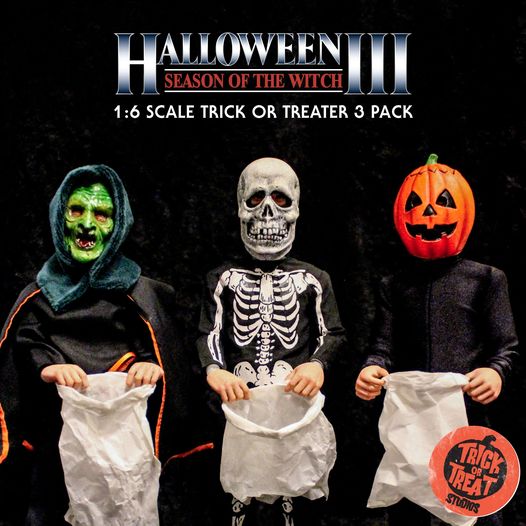 Once upon a time in February 2020, when conventions were held, we here at Horror News Network featured many figures and collectibles that were...

Our friends at Trick Or Treat Studios are bringing the undead directly to your home!  The innovative prop replica, mask and horror collectible company...