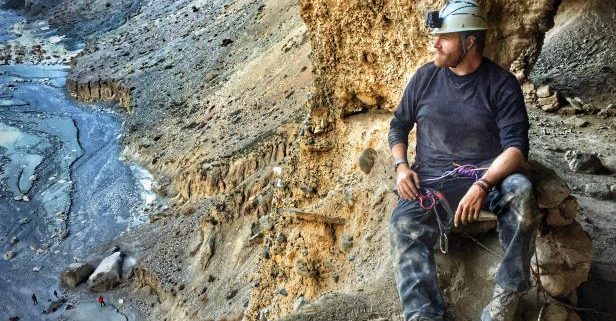 Gates is excited that the series that made him famous is now available to all viewers and describes the series as “… some of my most unusual, thrilling, weird, and often hilarious travel adventures.  It’s all about real investigations of fascinating mysteries – from sightings of cryptozoological creatures to otherworldly phenomena, we point our compass toward the unexplained. It’s a wild ride, and the truth, as they say, is out there.”

Destination Truth’s 43 episodes began airing on the Travel Channel on May 18th and will continue throughout the summer (primarily on Friday and Wednesday nights) and for the foreseeable future.

When Expedition Unknown first debuted in 2015, some fans were surprised that the series focused on treasure hunting more than “monster hunts”, but Gates did feature a three part Yeti expedition last season and with the acquisition of Destination Truth, perhaps more of his traditional supernatural investigation topics will make their way into his current program.  Whatever happens in the future, Destination Truth will serve as a fine companion to Expedition Unknown, which carries the same brand of knowledge and humor that Gates is known for.

Staff Writer at Horror News Network
Nick joined the website in 2015. His lifelong love of comics and horror began with Universal Monsters and the Incredible Hulk. He has fond memories of going to Waldbaum’s supermarket with his mother and being rewarded with a 3-pack of sealed comics. It’s been all downhill from there… Since those early days, his life has been immersed in four color action and scares on the silver screen.
http://www.horrornewsnetwork.net/wp-content/uploads/2017/06/josh-gates-on-location-03.jpg.rend_.hgtvcom.616.462.jpeg 462 616 Nick Banks http://www.horrornewsnetwork.net/wp-content/uploads/2016/05/HNN-logo.jpg Nick Banks2017-06-03 01:44:312017-09-25 19:54:56Travel Channel Acquires Josh Gates' 'Destination Truth'
0 replies