If you grew up playing with toys in the 80s or 90s, you’ve definitely spent many afternoons recreating famous monster mashes with something sculpted by Larry Elig! The talented artist worked on popular figures from Jurassic Park, Beetlejuice, Terminator 2, Aliens, and Predator during Kenner’s heyday, and now he focuses on bronze busts of classic creatures far and wide. Horror News Network had the opportunity to speak with him during his appearance at Terrificon 2019 in Connecticut to discuss his work: past, present and future! 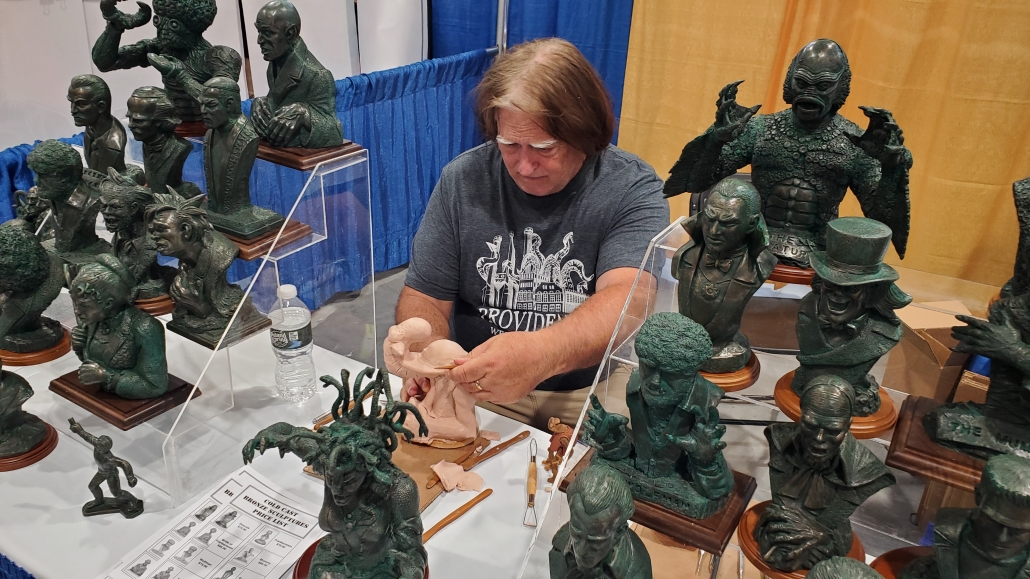 Horror News Network: How did you enter the world of sculpting monsters?

Larry Elig: I was raised in Cincinnati, Ohio. I grew up reading Famous Monsters. I lived and breathed all that stuff as a kid. I discovered that my strong point was in sculpting, and I went to the Art Academy of Cincinnati and the Commercial Art School of Cincinnati. In the seventies, I learned that the Kings Island Amusement Park needed a sculptor and artist. I started off working with polyurethane foam. I would create life-size horses, signs, and figures for them. Their licensing at the time was with Hanna-Barbera, so I ended up making characters like Fred Flintstone for the park. I worked for Kings Island for 8 years, then I moved to Kenner Toys in 1980 and I stayed there for 25 years and worked my way up to the sculpture manager position.

Horror News Network: In what ways was making action figures for Kenner different from making life-size sculptures for Kings Island?

Larry Elig: At Kenner, I worked with designers who focused on concept drawings and engineers who came up with special features for each figure, like collapsible wings or some kind of transforming mechanism. After a few series for any particular line, the designs and the features became more and more complex. I remember working on gorilla and rhino aliens for the Aliens line, and for Jurassic Park…

Larry Elig: That’s right, dino damage. You’d pull out a piece of the dinosaur and there would be meat in there. 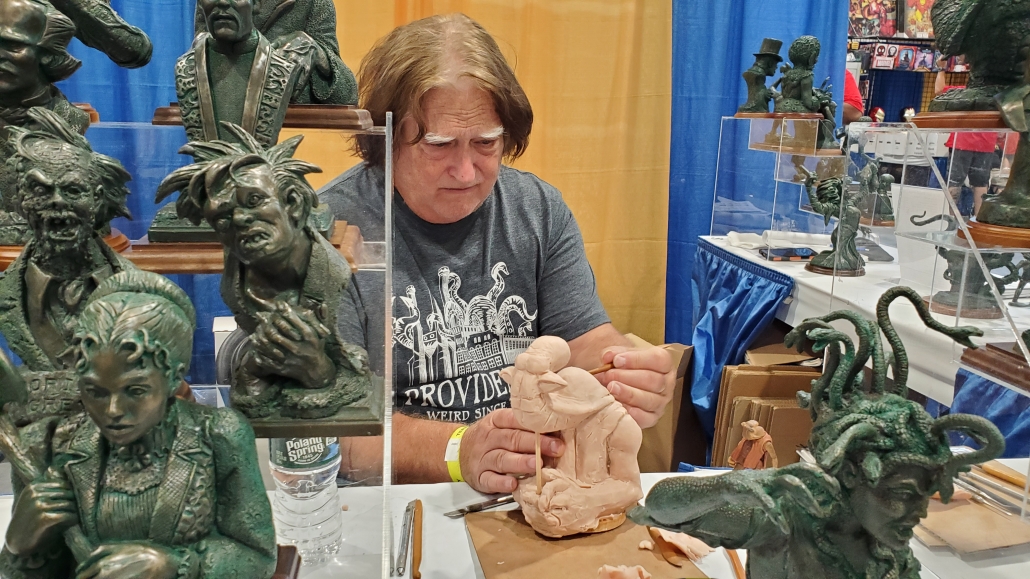 Horror News Network: Which of the Kenner licenses were your favorite to work on?

Larry Elig: When I started working there, the second Star Wars movie just came out, so they had me working on their micro lines. My specialty was always monsters, so I sculpted characters like Jabba and the Emperor.  Eventually I moved on to lines that were right up my alley because all they featured were monsters; lines like Ghostbusters, Swamp Thing, and Predator.

Horror News Network: Now that you get to decide exactly what you get to sculpt without having to work with designers and engineers, who is your favorite monster to sculpt these days?

Larry Elig: That’s like asking, “who is your favorite child?”! I love all of them, but some standouts are The Creature (from the Black Lagoon), Frankenstein’s monster, and anything (Boris) Karloff.

Horror News Network: What is the process like for creating your new line of bronze busts?

Larry Elig: I’m currently working with cold cast bronzes, which is a bronze powder with urethane. The process usually takes about two to three weeks. I begin by sculpting the figure out of Super Sculpey. Then I bake it and make rubber molds. Next comes the casting process. After a piece is ready to be removed from the mold, I grind it with steel wool to make sure all of the details are correct. Then, I coat it with a wax patina finish to give it an oxidation look. 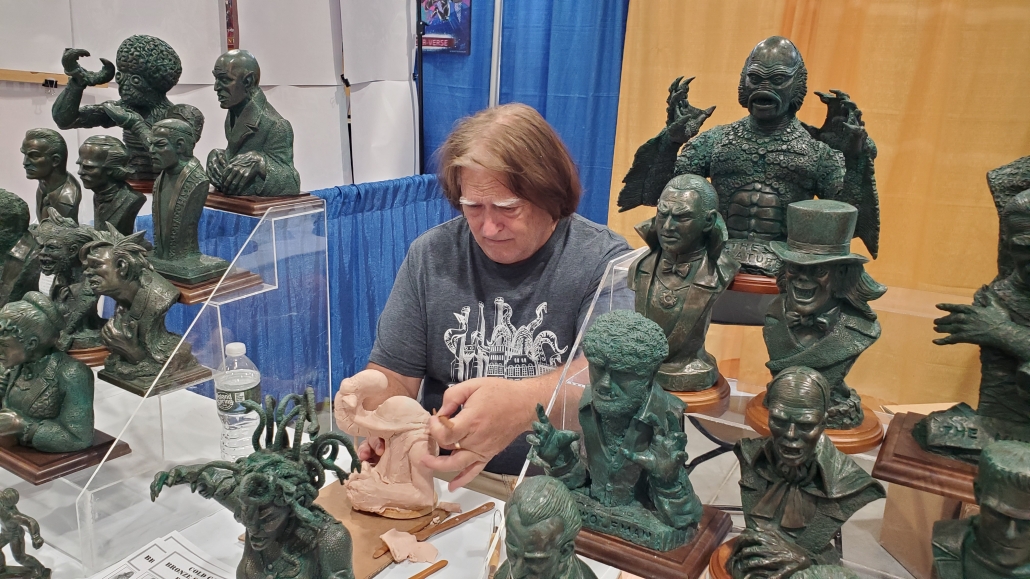 Horror News Network: What’s next for your work, both in terms of upcoming characters and new techniques?

Larry Elig: I would love to create a bust of Karloff from The Mummy, when he’s in his human form and is wearing the fez, or Peter Lorre with a cigarette dangling from his mouth with an inch of ash and a fedora… some kind of inspirational image. I’d like to try something more stylized, more of a caricature. I’d also like to mix my bronze coloring with glass eyes, maybe something like glow-in-the dark eyes. I’m always trying new ideas.