In a move that won’t make fans of the vampire genre happy, Deadline is reporting that TNT is deciding against proceeding with the series based on 2008’s acclaimed film Let the Right One In.  The drama, which was based on the film as well as the 2008 popular novel by author John Ajvide Lidnquist, had been picked up to pilot back in August but never went into production.  The series was to be written by Jeff Davis, who created television hits Teen Wolf and Criminal Minds.
While TNT has passed, Tomorrow Studios is continuing to shop the series to other networks and outlets.  Let the Right One In is based on the 2008 vampire film, a critically-acclaimed hit in 2008 which follows a young boy, bullied by his classmates, who sparks a friendship with an enigmatic female newcomer.  Her appearance in the small Vermont town coincides with a series of grisly murders that confound and alarm law enforcement.  Lundquist would go on to adapt his novel as a screenplay for the film, and it’s unknown at this time whether he’d have a hand in the television series as well.  Davis will executive produce with Tomorrow Studios’ Marty Adelstein and Becky Clements (among others.)  Kristine Froseth is attached to star in the role of Eli.

Let the Right One In shows a lot of promise, and will hopefully be picked up for production by another networkor streaming service.  Keep tuned to HNN for further developments on this story. 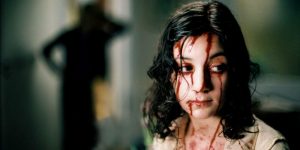 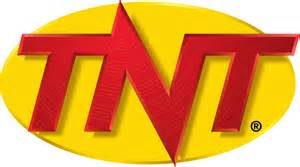 Today at the Television Critics Association panel for The Alienist, series lead Dakota Fanning and other cast members had a chance to talk about...
Read more

The next installment of the popular TNT psychological thriller The Alienist debuts this Sunday, July 19 with the first look at The Alienist: Angel of Darkness. This anthology...
Read more

The die-hard fans of Joe Bob Briggs can rejoice as season two of his series The Last Drive-In won’t be the last!  Shudder announced...
Read more

Twenty years before The Last Drive-In on Shudder (but after Joe Bob's Drive-In Theater on The Movie Channel), prolific movie critic and television show...
Read more