Fans of Mike Mignola and his expansive “Mignolaverse” have a lot to look forward to in the upcoming months.

Not only will fans see the return of the B.P.R.D. in the new ongoing series B.P.R.D: Devil You Know (which will be released on July 26th), but Dark Horse Comics will also be publishing a two limited series and a one-shot that feature some of the most evil villains ever featured in the pages of Hellboy.

The titles include: Rasputin: Voice of the Dragon written by Mignola and Chris Roberson and illustrated by Christopher Mitten (a five issue series out on November 29th),  Koshchei the Deathless written by Mignola with art by Ben Stenbeck (running six issues with a release date of January 10th, 2018), and Hellboy: Krampusnacht by Mignola and the legendary Adam Hughes (a one-shot just in time for the holidays on December 20th).

Mignola stated in the official press release that he did not intend to focus the news series on villains, but he also clarified that “… at least one of these guys isn’t ALL bad.”

Mignola went on to praise the creators he worked with, saying that “It’s been a real pleasure working with Chris Roberson and Christopher Mitten again to flesh out more of the history of the Hellboy world—focusing on Rasputin before the arrival of Hellboy. You just knew there had to be more to say about that guy. Just like I’ve always known there was a lot more to say about Koshchei the Deathless, who I’ve loved since Hellboy: Darkness Calls. Now thanks to the great Ben Stenbeck, we get his full, odd, and tragic life story. And then what is there to say about the Krampus? This grim little Christmas story has been gathering dust for years on my mental shelf, apparently just waiting for the right artist to come along and ask to draw it. I just never imagined that the right artist would be Adam Hughes!”

Check out this variant cover for Hellboy: Krampusnacht below and keep checking Horror News Network for all of your Hellboy updates! 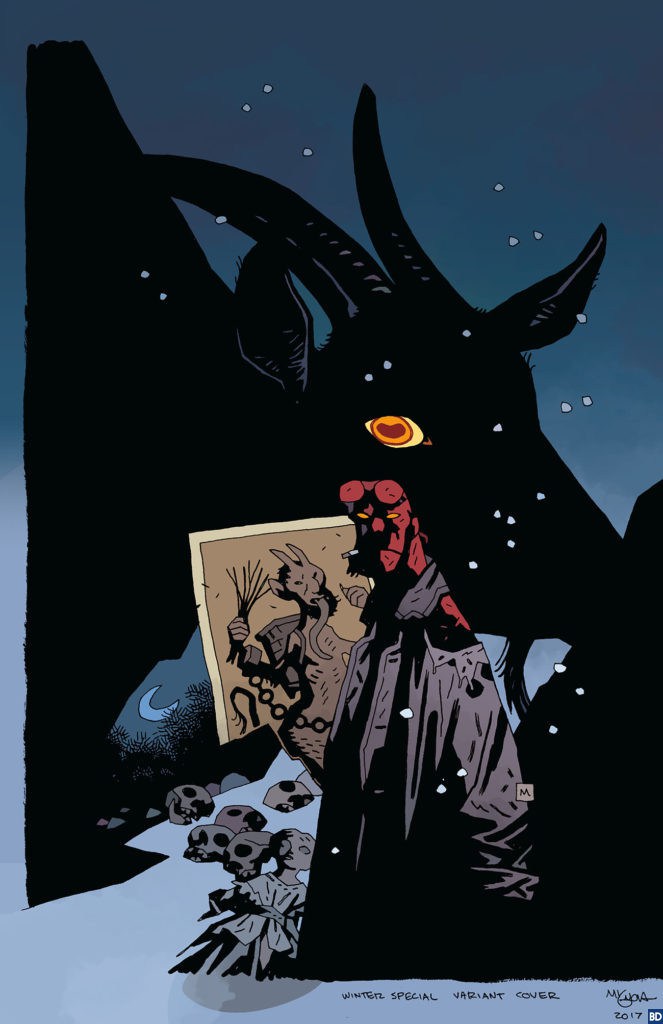