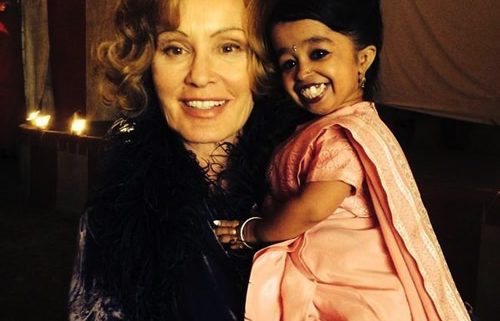 The Indian-born Amge is 20 and just over 2 feet tall. She is considered the world’s shortest woman by both the Guiness and Limca books of world records.

Season 4 of the hit horror TV show debuts in October on FX. Below is a picture of Amge with Jessica Lange.