Fans of the original The Walking Dead series on AMC (and who isn’t?) have just a couple of weeks left to wait for the long-delayed Season 10 finale.

And to make that wait a bit easier–or more difficult, depending on how you look at it–the network has released several more photos (seen on this page) of that fateful episode that will air Oct. 4, as reported by comicbook.com. The finale–ominously entitled “A Certain Doom”–is directed by series veteran Greg Nicotero.

AMC has already dropped a teaser trailer for that episode–as reported here in Horror News Network–and the photos on this page should shed even more light on the fate of Daryl (Norman Reedus) and the desperate survivors as they battle their way through a Walker horde when Beta (Ryan Hurst) engages in the final battle of the Whisperer War.

Nicotero dropped a few hints about the season finale during the recent Comic-Con@Home event. “In this instance, we know (our people) know how to move within the herd,” he said. “We’ve seen it since Season 1, Episode 2, when they put the Walker guts on themselves. But they’ve never had to maneuver within a herd that has human beings in it.”

So, as Nicotero explained, the challenge for them is to “figure out how they’re going to get out of the situation…they can’t just be as stealthy as they usually are because there’s actually people–there’s Whisperers–in among the herd of Walkers.”

Reedus expounded on the action aspects of the finale during a recent interview, saying the episode will contain an “epic battle. It’s like a full-on Game of Thrones war battle.”

The photos on this page show–among other things–Daryl and a disguised Kelly (Angel Theory) surrounded by Walkers, Carol (Melissa McBride) brandishing a crossbow and a Whisperer moving in for the kill.

For those fans who just can’t wait for Oct. 4, The Walking Dead Season 10 finale–as well as the premiere episode of The Walking Dead: World Beyond immediately following–is available for early streaming Oct. 1 on AMC Premiere for $4.99 per month or $29.49 per month.

Keep reading Horror News Network for any updates on The Walking Dead and its spinoffs on AMC. 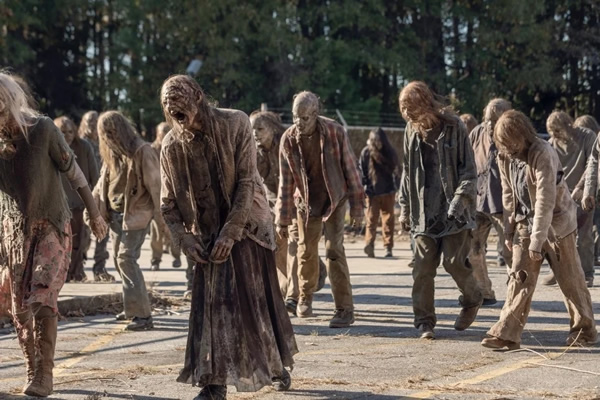 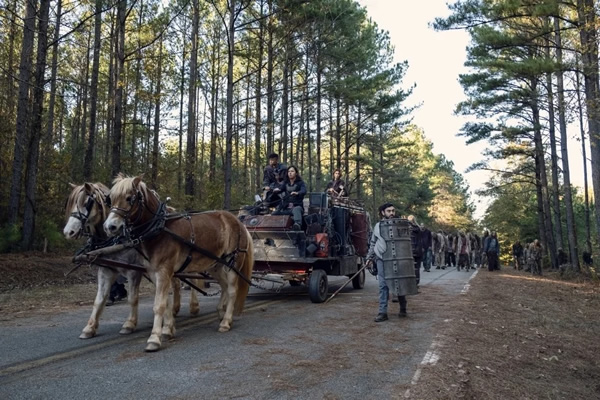 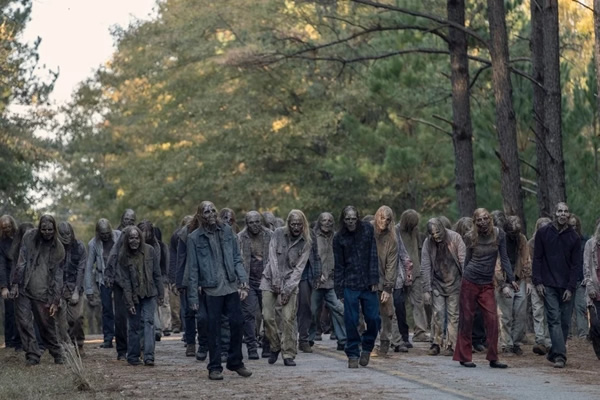 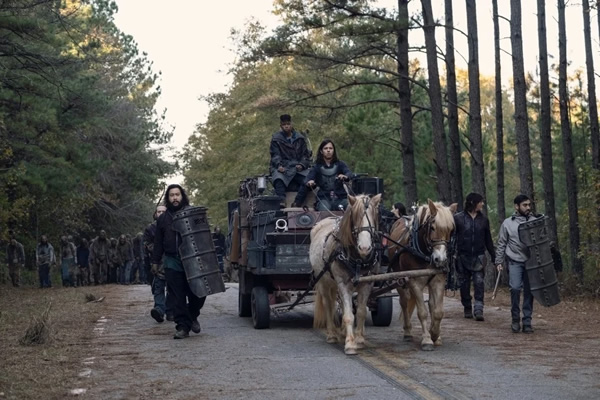 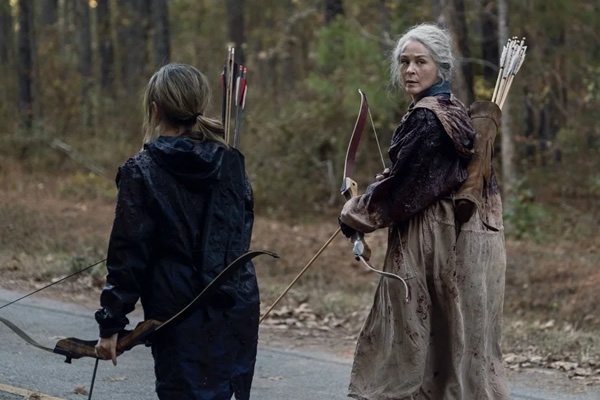 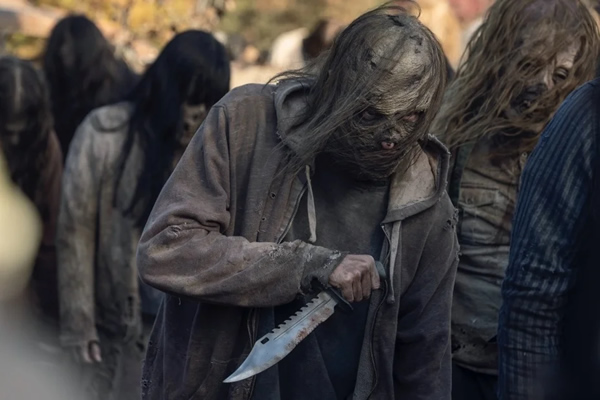 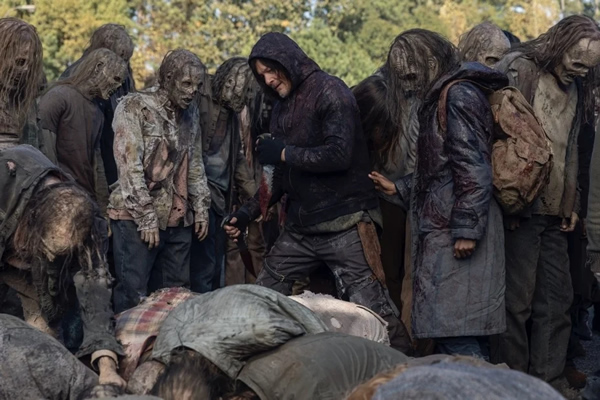 When it comes to character development, The Walking Dead has certainly fleshed out its share especially for the notorious villain Negan (Jeffrey Dean Morgan)...

Entertainment Weekly previewed a new trailer which showcases what we can expect in the second half of season 6 on Fear the Walking Dead. With...