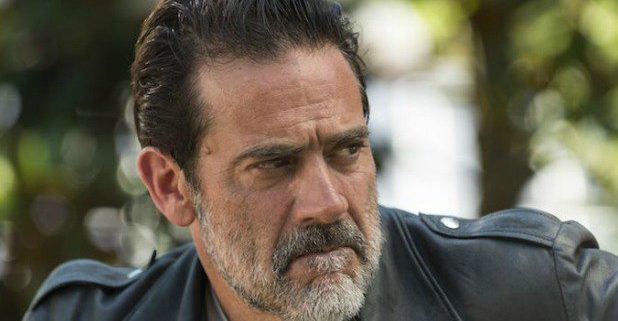 Gimple realized that “People were pretty to the limit this year emotionally.” and therefore “…this episode isn’t just like these 15 episodes coming to a conclusion, but Angela and myself and the writers had always talked about this in many ways being sort of the conclusion of the first eight seasons. This show will be very much a new show next year and with a bigger, new narrative. It was something I was really excited about getting into even before season 8. And so there was just a certain weight in the air of the kind of conclusion that we were getting closer to. It was a weird graduation for everybody.”

Gimple will also be transitioning out of his role as showrunner on the original series after this season, and will be taking more of a “…franchise oversight role after this season as Angela Kang takes over the day-to-day operations.”  Gimple’s influence also looks to be more prominent on Fear the Walking Dead this season, as the spin-off enters its fourth season, with TWD’s Morgan (Lennie James) crossing over (although FTWD does take place before the formation of Rick Grimes’ stable of greasy tough guys and girls) to the less popular zombie program.

Season eight of the Walking Dead ends and Fear the Walking Dead’s fourth season begins this Sunday, April 15 at 9:00 on AMC .  Be sure to stay tuned to Horror News Network as we cover the inevitable fall-out after the events of both episodes.

Staff Writer at Horror News Network
Nick joined the website in 2015. His lifelong love of comics and horror began with Universal Monsters and the Incredible Hulk. He has fond memories of going to Waldbaum’s supermarket with his mother and being rewarded with a 3-pack of sealed comics. It’s been all downhill from there… Since those early days, his life has been immersed in four color action and scares on the silver screen.
http://www.horrornewsnetwork.net/wp-content/uploads/2018/04/neegan.jpg 412 618 Nick Banks http://www.horrornewsnetwork.net/wp-content/uploads/2016/05/HNN-logo.jpg Nick Banks2018-04-13 22:40:402018-04-13 22:40:40'The Walking Dead' Season 8 Finale Will Supposedly Wrap Up All Eight Seasons
0 replies