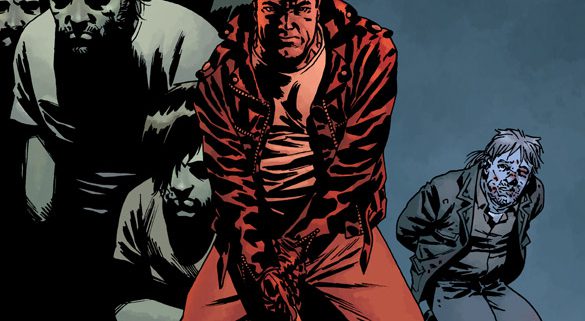 The amazing aspect of this current story arch is that despite several violent clashes and deaths, it almost seems like this story isn’t going anywhere, like it’s stuck in the mud.  Each side has traded victories and bragging rights, but neither has claimed the world championship belt.  I know we’ve been teased with promises of a conclusive battle forever, but now more than ever feels like the time.  And unfortunate as it is, Rick and his group are on the outside looking in.  While they search for a new home, this may be just the opportunity that Negan and the Saviors need to grab that ring.  With five issues left in “All Out War”, something tells me that issue 122 won’t provide the conclusive action that we’re looking for.

Ash and the Army of Darkness #4 preview