“The Victim” interview with Danielle Harris

Larry Dwyer
September 27, 2012
Share
Facebook
Twitter
ReddIt
Email
Good time girls Annie (Jennifer Blanc) and Mary (Danielle Harris) find themselves in a life and death situation. Annie’s life is put in jeopardy when she is witness to a violent act at the hands of two Sheriff’s Deputies (Ryan Honey, Denny Kirkwood). With her pursuers closing in, she stumbles across Kyle (Michael Biehn from The Terminator, Aliens, The Rock), a recluse living in the middle of the woods. A rugged loner, Kyle finds the stillness of the woods comforting. He keeps civilization at arm’s length; that is – until a single knock on his door throws his solitary life into chaos. Two worlds collide in this nerve-fraying thriller that will keep audiences guessing until the very last frame.
Staff Member, Larry Dwyer caught up with Danielle Harris to talk about The Victim.
Horror News Network: Hi Danielle! First off, I really enjoyed The Victim and only wish that your character Mary had more screen time! Tell us how you came to play the role of Mary?
Danielle Harris: I’ve been long time friends with Jennifer and Michael, as well as being a fan of their work as actors. So, when they called to tell me that Michael was going to be directing and he and Jen wanted me to star opposite, I couldn’t refuse! I mean, how often do you get to play the best friend of one of your real life best friends?!!
Horror News Network: Being that you and Jennifer Blanc (Annie in The Victim and Michael Beihn’s real-life wife) are good friends. How did you guys meet and are you working together in anything else?
Danielle Harris: I had known Jen throughout the years from just being in the business. We connected at Bryan Kirkwood’s art showing when I bought a painting from him that couldn’t fit in my car, so the following day Jen brought it to my house and we clicked automatically. I was actually right in the middle of teaching a friend how to pole dance (I used to teach a class out of my house) and I answered the door in leg warmers, panties and a bra. I ended up dancing for her that night and she started to take classes from me a few days later! Ironic that Mary and Annie are strippers then, huh??
Horror News Network: Do you find it easier or harder to work with people that you’re friends with? Why?
Danielle Harris: It depends on the person. You are literally going to war with them and it’s their job to be honest with you. Sometimes it can be difficult because there’s history and deeper emotional bonds than with someone you are working with just on a professional level.
That’s what friends are for though. At least you know what you’re getting into before you’re shooting!!
Horror News Network: How was it to work with the legend that is Michael Beihn? I know it was his first time directing a film on his own, how was he to work with?
Danielle Harris: He’s a maniac, but I love him. He is passionate and knows exactly what he wants and how to get you to give it to him. An true actors director, which there are few and far between now a days.
Horror News Network: So I guess we now know how you prepared for the stripper part of the role. How did you prepare for the rest of the role?
Danielle Harris: I had to ask out loud on set how the hell you sniff coke properly. Do you hold your nose on the side or not while you sniff or not?? 🙂
Horror News Network: Are there any interesting stories from the set of The Victim that you could share with our readers?
Danielle Harris: I only worked a few days. I know Jen and Michael so well that they are like family. Which basically means whatever would be an ‘interesting story’ to readers doesn’t phase me on set. So I really don’t have one that stands out. I’m sure they have plenty though!!
Horror News Network: Are you working on anything else right now? You’re one of the busiest actresses in the world so I know there has to be at least a dozen things!
Danielle Harris: I’d have to hop on IMDB just to see what I did last year that hasn’t come out yet!! Most importantly my directorial debut Among Friends has wrapped up and I’m extremely proud to be heading to Spain next week to premiere at Sitges International film festival, Horrorthon Dublin, and LUND in Sweden!!!!
Horror News Network: As America’s reigning Scream Queen, you’ve starred in a lot of people’s favorite horror movies; please tell us what your favorite horror movie is?
Danielle Harris: It has to be a toss up between Poltergeist and Gremlins.
Horror News Network: Lastly, If you could meet anyone in the world (dead or alive), who would it be and what would you say to them?
Danielle Harris: I’m not sure who the right person would be to go to for this one, but I’d like to know what came first, the chicken or the egg??!!!! How the hell are we all here on this planet and where did it really start?? Just stuff like that, ya know?? The simple stuff. Like the meaning of life and was Jesus real. 😉
Horror News Network: Thanks so much for taking the time, Danielle. 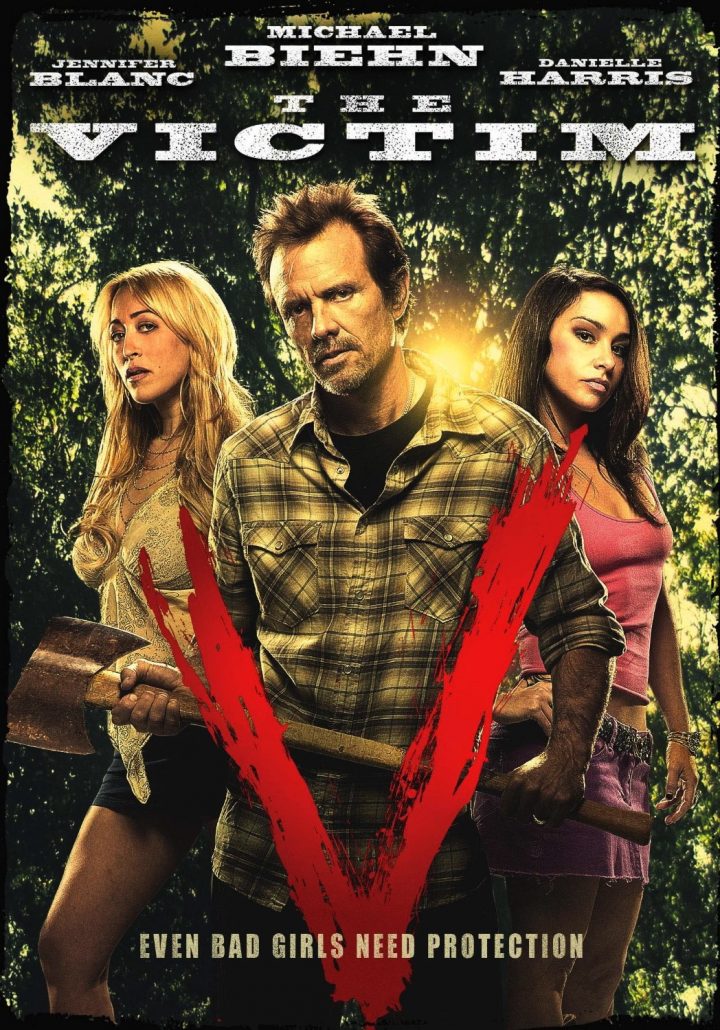 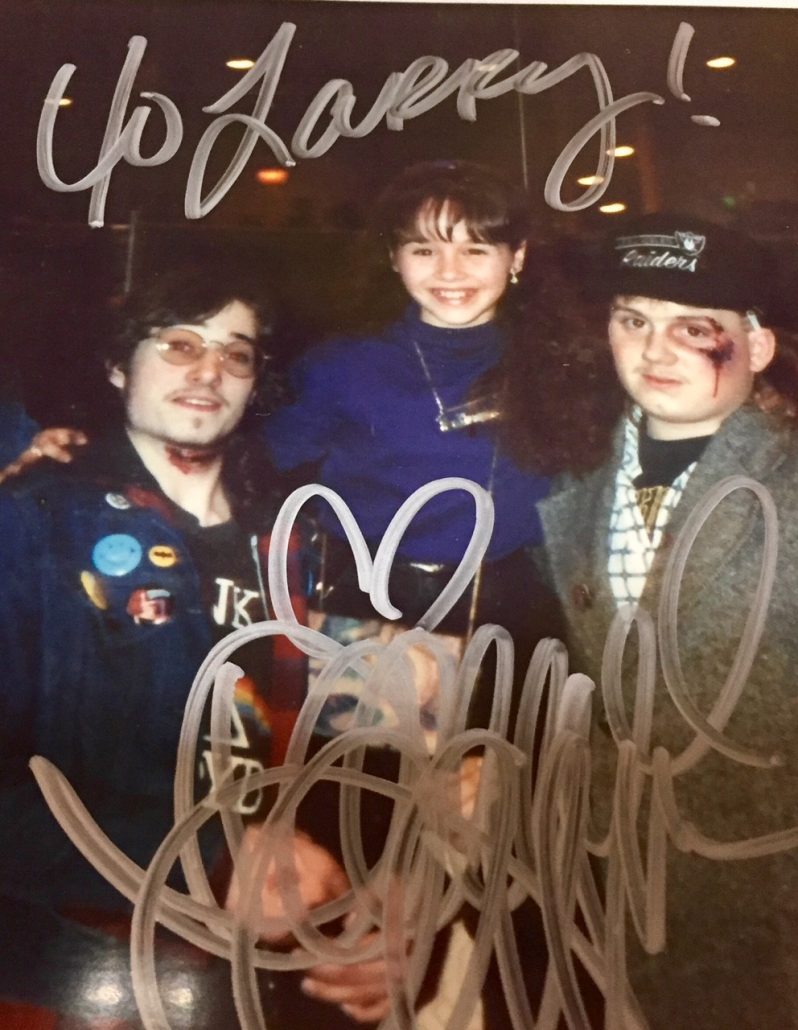 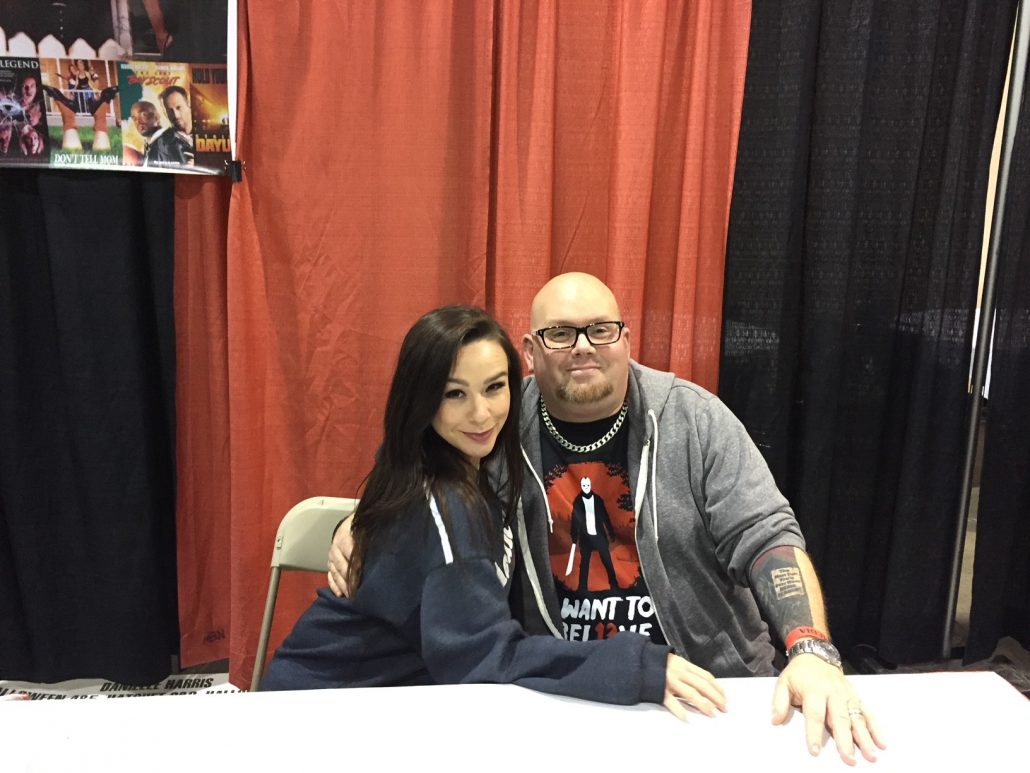