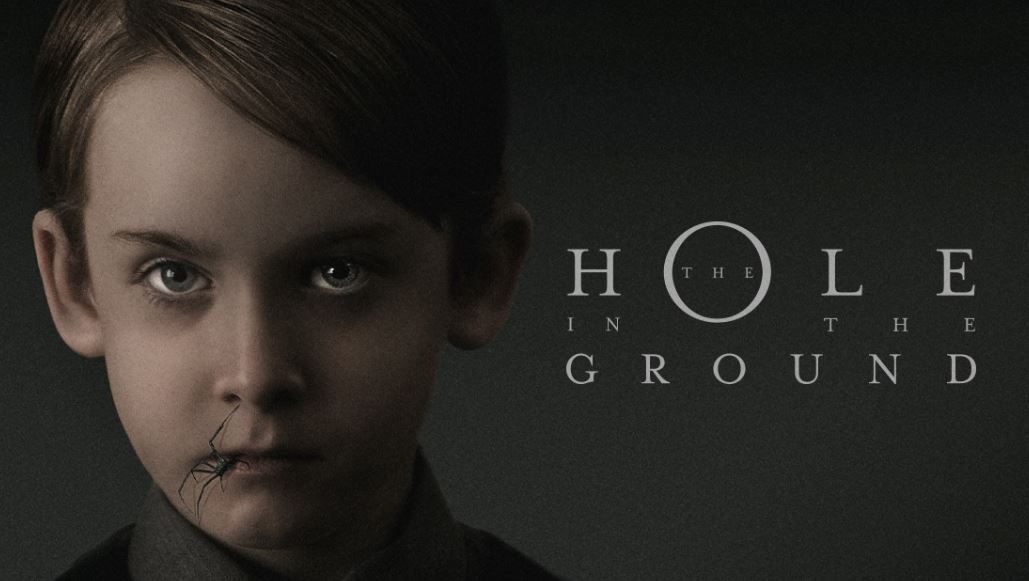 Last year, I remember seeing an Irish short film titled Ghost Train (available on YouTube) and being very impressed with the atmosphere created by the director, Lee Cronin. I’m no film maker but I have to believe that it’s not easy to create not only that kind of atmosphere, but also character depth, in a fifteen minute film. Cronin’s 2019 full-length directorial debut The Hole in the Ground is no different in that it is a celebration of dark atmosphere and brilliant performance.

Beginning with some clever foreshadowing, we see a young boy and his mom in a carnival funhouse. The boy is playing with the mirrors that make your appearance change while his mom looks on rather uneasily. We’re then shown a very Shining-esque scene; an overhead shot of a car making its way through empty forest roads. The mom, Sarah, and her child Chris are driving to their new home when they nearly hit a woman who is creepily just standing in the middle of the road.

The new home is, of course, the perfect location for a horror film; it is dark, the lights flicker, it’s old, presumably cold, is full of chunky spiders and it is literally out in the middle of nowhere on the edge of a vast forest. Wait, I didn’t think they had spiders in Ireland? Maybe that’s snakes. Whatever.

Sarah traps one of the spiders for a scared Chris and brings it outside to let it go. In her attempt to explain to Chris that spiders aren’t bad, Chris mutters that “dad would kill it”. It’s in the tone of Sarah’s response that she’s not dad that we first realize that she has recently left Chris’ dad. Chris stomps the spider and runs off to the woods causing Sarah to chase behind until she almost careens off the edge of the Earth. Chill out ‘flat-earthers’, there’s not really an edge, this is just a giant hole…hence the name of the film.

Something makes Sarah uneasy about the hole, something other than the fact that there is a gargantuan hole a hundred yards from her house. She ends up finding Chris and all is well…until one night when she hears a noise and wakes up to find him missing from his bed. The first place that she thinks of when she can’t find him is the hole. When she can’t find him there, she rushes back to the house and phones the police to tell them her son is missing. While on the phone with the police, Chris comes out of his room, claiming that he was there the whole (hole) time.

From there, we’re on a journey with a young mother who is becoming increasingly nervous that her son is not actually her son; a thought put in her head by the woman whom she almost hit at the beginning of the film. However, Sarah learns from that woman’s husband Des that, she hasn’t been right in the head since she ran over their son who she thought was not her son any more.

Chris, for his part, is certainly acting different and doing things (as well as not doing things) that he always used to. So is he really not Chris anymore? Or is Sarah, who is now on psychiatric meds, losing her mind?

While watching The Hole in the Ground, I couldn’t help but think about The Babadook; a young mother struggling to raise her child alone while coping with grief. Are her thoughts about Chris a manifestation of the grief that Sarah is feeling or is Chris really some kind of monster?

While The Hole is not perfect, it serves as an incredibly creepy film with amazing performances by a hell of a cast. Seána Kerslake (A Date for Mad Mary) as Sarah and James Quinn Markey (Vikings) as Chris are both off the charts in their performance in this film as is James Cosmo (Highlander, Braveheart) as Des, the husband of the crazy woman from the road.

Also not to be overlooked here is the cinematography of Tom Comerford and the music by Stephen McKeon; their scenery and music coupled with the cast’s performances under the direction of Lee Cronin lead to this being a very creepy film that leaves me excited for the future of this young Irish voice in horror. 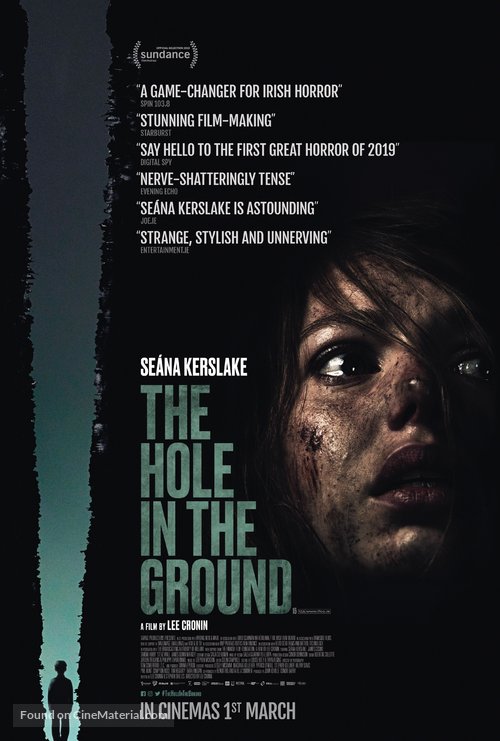 Direct from its Sundance Festival world premiere, Irish horror thriller The Hole in the Ground now has an official trailer.  View the creepy video...