Halloween 2020 just keeps getting spookier and spookier. Two new board games based on Disney creations will make the upcoming scary season even more fun, according to comicbook.com.

The first game–The Haunted Mansion: Call of the Spirits–is based on the popular Disneyland attraction and was brought to life in partnership with Funko Games. This board game–for two to six players–deals with exploring the “classic rooms of the ghost-infested manor,” according to the description, “from the festivities-filled Ballroom to the Attic and out to the Graveyard and beyond in search of spirits.”

To play, you move around the mansion by rotating the Endless Hallway around Madame Leota’s Seance Room, collecting Ghost Cards and avoiding Haunt Cards and Hitchhiking Ghosts as you move along.

Pre-orders for the game are available on Amazon for $24.99. A release date has been set for Sept. 30–in plenty of time for your first Halloween party.

The second offering–Hocus Pocus: The Game–is from Ravensburger and was inspired by Disney’s classic 1993 movie. In this board game, the Sanderson sisters are brewing up their wicked potion, and it’s up to the six players to stop them in their tracks.

To get the game started, according to the description, you can “play potion ingredients to the cauldron and match the colors or ingredients,” while Winifred, Mary and Sarah “cast spells to thwart your plans.” You can use such tricks as the Burning Rain of Death to help you along. Sounds serious.

The game–available on Amazon for $19.97–includes 50 Ingredient Cards, a Witch Board, 13 Spell Cards, a Sun Token and four Trick Tokens.

Keep reading Horror News Network for more Halloween tricks and treats sure to be announced soon. 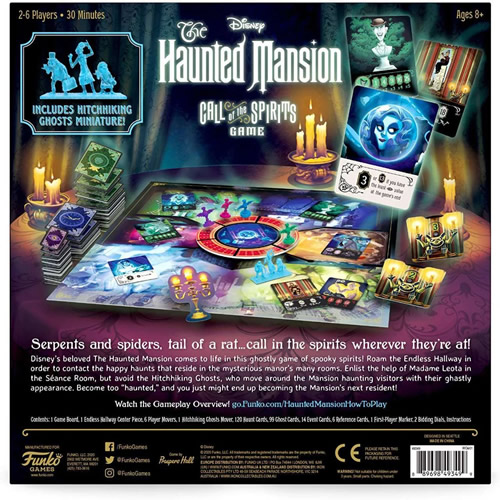 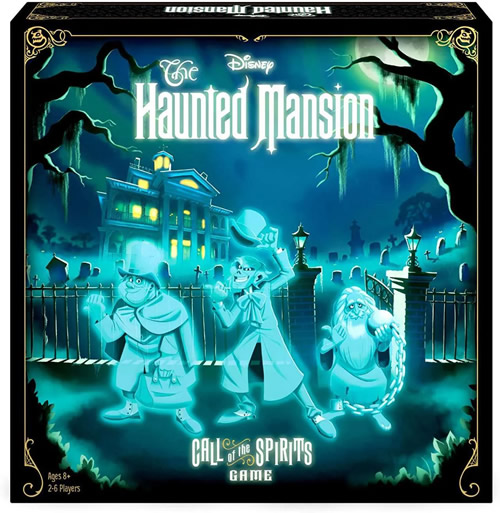 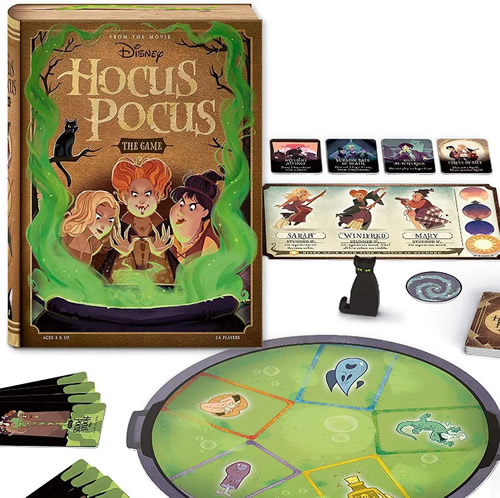 The three lead actresses in Hocus Pocus could magically reappear for a Disney+ sequel, according to a recent report. Bette Midler, Sarah Jessica Parker and Kathy Najimy--who portrayed...
Read more

All hail Hocus Pocus. The film continues to make gains in popularity every autumn since it’s 1993 release and it shows no signs of...
Read more

With a film like Hocus Pocus, if the Sanderson Sisters had to wait 300 years to come back to life then it's a good...
Read more

Freeform (formally known as ABC Family) announced plans today to continue their expanded celebration of Halloween-themed programming on the network during the entire month...
Read more

The Marvel Comics small screen excursion into horror begins in earnest next month with the first season of Helstrom. And to pave the terror-filled way, a...

Big news today for fans of the Halloween franchise as it was announced that Halloween, Halloween 4 and Halloween 5 will grace theaters and...

Horror streamer, Shudder has surpassed the 1 million subscriber mark. Executives at AMC, Shudder’s parent company, have projected the company will end 2020 with...