The amount of books that have been written about comic book history (before and after the success of Marvel’s Cinematic Universe) reaches to the stars, not even taking into account all of the price guides and checklists which have been a staples for readers ever since Atlas Comics became Marvel.

Much less time has been spent cataloging the history and impact of horror comics, other than the EC Horror boom and bust which nearly ended all comic publication in the 1950s, and certainly ended horror comics.  This was the sad reality for fans until the black and white magazines of Warren Publications repackaged classic EC style horror stories in a different format for newsstand distribution (avoiding the pesky and arbitrary Comics Code Authority), and the horror comic had risen from the dead.

There have been a smattering of publications dedicated to the rise and fall of Creepy, Eerie, and Vampirella, but very little has been written about Marvel’s contributions to the genre and format.  Luckily, author Robert Michael “Bobb” Cotter took up the challenge and wrote The Great Monster Magazines: A Critical Study of the Black and White Publications 1950s, 1960s, and 1970s.  The hardcover first edition (published over 10 years ago) has been sought after by monster fans for some time, and Cotter’s book finally received a paperback edition, allowing those who missed it the first time (or couldn’t locate it) a chance to examine his take on the horror magazine boom.

The book is divided into many sections and chapters, but The Great Monster Magazines is essentially two books in one, with the history section being the more successful and comprehensive of the two.  The book begins with what is termed an introduction, but this section is really the history of the genre, starting with the success of EC Comics, the Senate hearings that doomed them, and the rise of monster movie magazines such as Famous Monsters.  From there, Cotter digs into and discusses Marvel’s contributions to the genre with all of the monsters 70’s kids remember seeing such as Dracula, Frankenstein, Werewolf by Night, Man-Thing and more obscure characters such as The Living Mummy and zombie Simon Garth.  Cotter spends the majority of his time examining the Marvel characters (rushing past the Warren titles) in his “introduction” (which is just about 25 pages long, but is actually 50 due to the two column page format in the book, as well as the small font size), and this section will undoubtedly bring back some found memories for those who grew up with them. 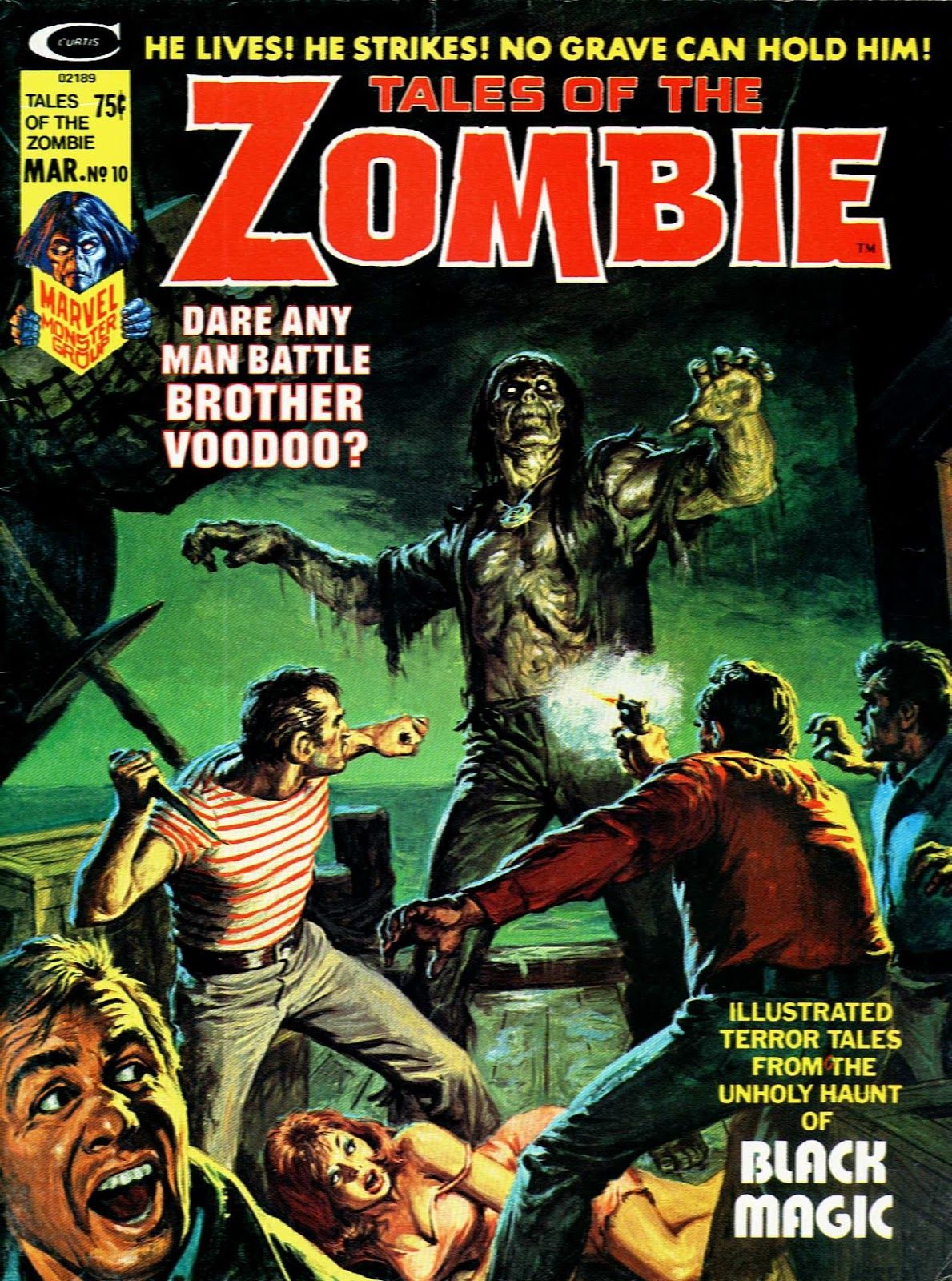 From there, the format shifts to a chapter by chapter look at a very wide cross section of magazines, starting with a chapter dedicated to “Movie Monster Madness” which reads like an out-of-sequence continuation of the introduction.  This section deserves an entire book dedicated to the subject of the movie magazines that helped create the ‘Monster Kid’ culture of the 1950s, but Cotter does a fair job with the ten pages (again, closer to twenty due to the formatting of the book) he reserves for this section with an emphasis on the history and contributions of the cover artists to the success of the publications.

After the history and analysis of the chapter (and every other chapter also follows this format), the book becomes a checklist of sorts, but not a complete one.  Instead of examining the publication history of each title, Cotter selects a number of issues that he feels are significant to the magazine or the genre.  While this does break up the two column straight-text format, the transition to factual information by issue (with story titles, dates, creative teams followed by Cotter’s analysis of what makes the issue significant) can be jarring.  This is a purely formatting, aesthetic issue however, as the information/analysis provided by Cotter is nearly as interesting and engaging as the original introduction (and as always, the Marvel magazines get much more space dedicated to them than any other publications).

The rest of the book follows this format with chapters devoted to the Warren titles, vampires, and other sub-genres and new genres altogether such as chapters focusing on Conan the Barbarian, Kung-Fu fighters, and movie-tie in magazines (such as Marvel’s Planet of the Apes series).  These sections may throw horror fans for a loop, as they focus on other popular comic magazines of the 1970s, but the cross-over potential is certainly high, especially when it comes to everyone’s favorite sword swinging Cimmerian.  The chapter on Conan is one of the longest in the book (and hopefully Cotter will dedicate an entire book to the character as he did in his examination of Doc Savage’s publication history in A History of the Doc Savage Adventures in Pulps, Paperbacks, Comics, Fanzines, Radio and Film), so it is understandable if horror fans feel that sections like this one would be best represented elsewhere.

Nevertheless, Cotter provides horror magazine fans with a lot to digest and a lot to search for on ebay or dusty comic boxes at old school conventions in The Great Monster Magazines.

The Great Monster Magazines is currently available at finer book stores everywhere.  You can also purchase the book directly from the publisher’s website at Mcfarland Books. 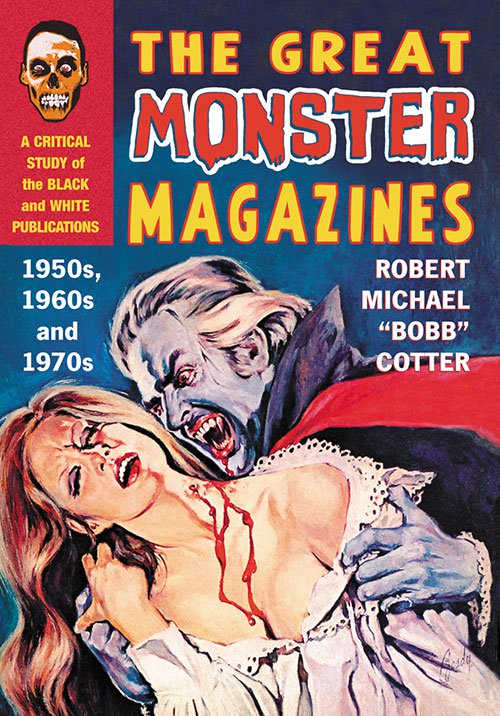 Marvel celebrates their supernatural traditions this coming September with their latest omnibus collection of Marvel Monster material simply titled, Marvel Horror.  According to the...
Read more

Richard Corben's influence on the comic medium, particularly in the realms of horror and science fiction, can not be understated.  Corben's distinct style, either...
Read more