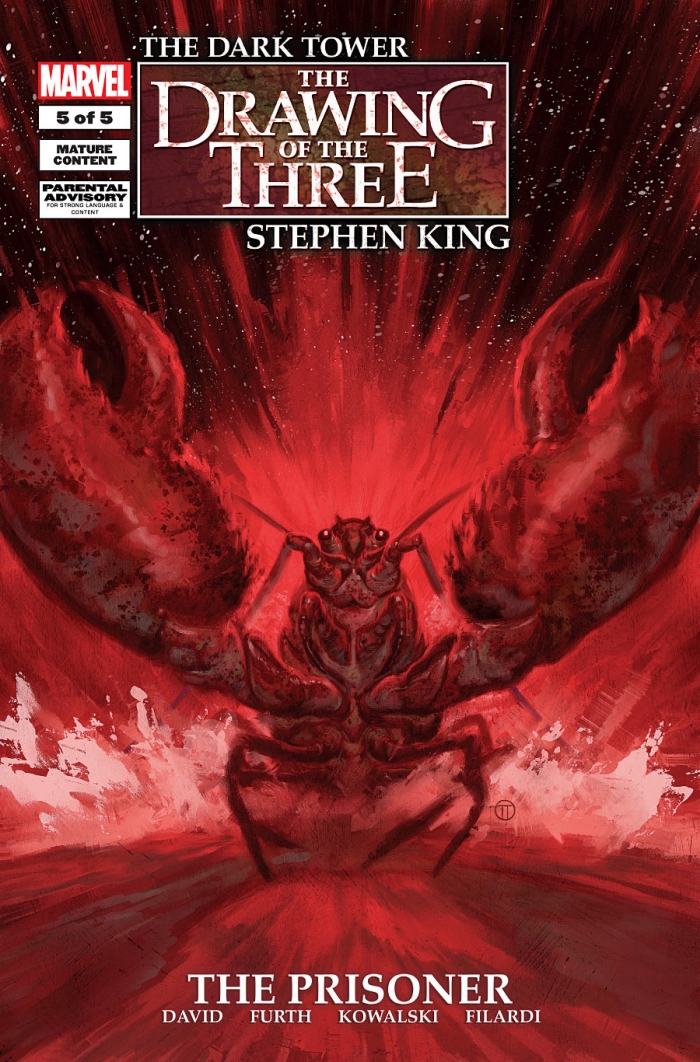 The Dark Tower: The Drawing of the Three – The Prisoner #5 preview

Marvel Comics has provided us a preview of the new Stephen King’s The Dark Tower: The Drawing of the Three – The Prisoner comic.

With magic doors appearing, his eyes changing color, strange voices in his head, and monstrous lobstrosities hungry for his flesh, can the drug-addled Eddie Dean survive his desperate mission to Miami?