Blog - Latest News
You are here: Home / Horror Movies and TV Shows / The Coven is Back Together in New ‘American Horror Story’ Reunion... 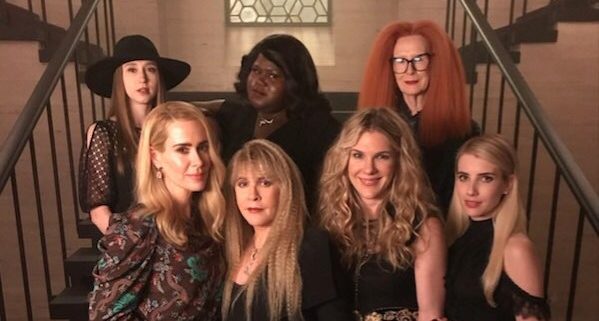 There’s no sign of Jessica Lange, who will be returning to the series for the first time since Season Four. The upcoming season is a crossover of the Murder House and Coven seasons, so it is possible that Lange is only reprising her role as Constance from Murder House (although-when it comes to American Horror Story- if you have a choice between betting on a reserved approach versus an extravaganza, you should always count on an extravaganza!).

American Horror Story: Apocalypse premieres on FX on September 12th, 2018. Stay tuned to Horror News Network for more details on this exciting project as they break!

Staff Writer at Horror News Network
John has loved movie monsters for as far back as he can remember. He's since collected up as many comics, statues, and autographed material related to movies and music that he can get his hands on. He is particularly interested in the critical and analytical discussion of the best stories the horror genre has to offer. One of his largest works on the topic is a study on the portrayals of people with disabilities in horror films.
http://www.horrornewsnetwork.net/wp-content/uploads/2018/08/ahs-coven-reunion.jpg 325 599 John Evans http://www.horrornewsnetwork.net/wp-content/uploads/2016/05/HNN-logo.jpg John Evans2018-08-20 09:34:022018-08-20 09:34:02The Coven is Back Together in New 'American Horror Story' Reunion Photo
0 replies