Blog - Latest News
You are here: Home / Horror Movies and TV Shows / ‘The Before Time’ – Review 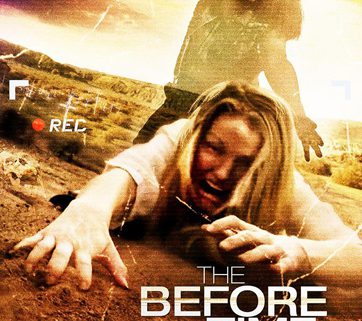 ‘The Before Time’ – Review

Synopsis: The headless bodies of eight Hispanic men have been discovered in the desert near Esperanza, Arizona, fanning racial tensions in the already divided community. The story is a ratings hit for the local news stations, spurring an independent producer to propose a reality series based on the grizzly story. The show pits two rival new crews against each other to find answers about the murders. They discover that truth is not only stranger than fiction, it’s more dangerous. Something wants to keep them them from digging deeper, and rapidly the teams lose their resources, their bearings, and their lives.

Our Thoughts: ‘The Before Time’ is another addition to the found footage genre. Centered on a crew attempting to create a reality show out of a horrific, yet mysterious tragedy in which eight men were found decapitated in the desert. There is a level of amusing drama between the rival female news anchors, who are forced to work together by show creator Daniel, who is currently dating Cate, and is ex-boyfriend to Kimberly.

The crew goes in search of information on a legend of Native American gold. A series of unexplainable things begin happening, some real and some created by Daniel for the sake of ratings. Caught up by their own greed and ambition, the group risks their lives for the treasure. As things spiral out of control, they turn on each other.

Jules Hartley, who plays competitive news anchor Kimberly Ruiz, gives the best performance in the film.   While the murder and the legend are interesting and kept me watching, I didn’t find myself all that scared, though it did have its moments. I did like the premise and it was a more interesting story line that some found footage out there. However, I found the execution a bit lacking. It relied heavily on digital effects rather than practical, which I find less effective. While it’s the not one of the better contributes to the genre, ‘The Before Time’ is at least worth a watch for other found footage addicts like myself!

Scopely Announces Updates to The Walking Dead: Road to Survival

KILL YOUR FRIENDS – In Theaters & On Demand TODAY!
Scroll to top