Tag Archive for: What Keeps You Alive

You are here: Home / What Keeps You Alive

Deadline has a report that Screen Gems has tapped Colin Minihan to write and direct their upcoming horror pic Urban Legend. Reports have surfaced that the studio is quickly moving to cast main roles.

While there is no official synopsis at this time, it is said that the movie will center on a diverse cast of college students as they navigate a series of bizarre deaths that resemble urban legends linked to the darkest corners of social media.

Back in 2018 Minihan’s What Keeps You Alive, a film that he wrote and directed, premiered at the SXSW Film Festival in March. The film starred Hannah Emily Anderson and Brittany Allen and follows a young woman fighting for her life as her wife’s murderous intentions become evident. Shortly after it’s festival debut IFC Midnight acquired the film for distribution within the United States. read more 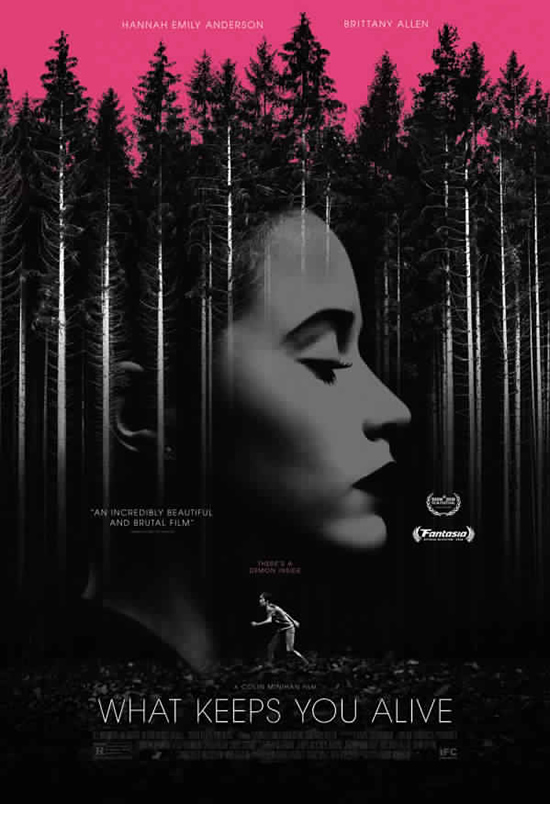 I remember watching a clip from Clint Eastwood’s 1971 directorial debut film Play Misty for Me as a part of Bravo’s 100 Scariest Movie Moments. In a key scene, we see Eastwood laying there on his bed. His eyes are closed, he is facing up, and he is vulnerable. As he opens his eyes, he sees a crazed and betrayed Evelyn (Jessica Walter) standing over him. She is making the ultimate commitment why Clint’s character of Dave is wondering what is driving her to these actions. Evelyn thrusts a knife manically down into a pillow barely missing him. As a viewer, we understand why she is doing this to Dave but really do we understand her mindset to do this? Just like any of the great antagonists, we work hard to find out what their motives and mindset are. In the end as we look deep, we realize they are self-reflective pushed to these unspeakable actions. Following his acclaimed storytelling perspective on the undead sub-genre of horror with It Stains the Sands Red, comes the latest feature from talented filmmaker Colin Miniham with What Keeps You Alive now in theaters and on VOD through IFC Midnight. Again, taking a page out of the legacy of damaged and dangerous antagonists, Miniham, crew, and the talented pair performers Hannah Emily Jackson (Jackie) and Brittany Allen (Jules) create an uber tense tale of predator and prey. read more