Tag Archive for: The Lost Boys

You are here: Home / The Lost Boys

The synopsis for the series is:
When a mother and her Gen Z sons move to the seaside town where she grew up, they discover there’s a sinister reason the local cool kids sleep all day, party all night, never grow up and never get old. Family bonds are tested as the brothers find themselves on opposite sides of a mythological struggle. read more

Recently divorced Lucy is moving her and her children Michael (Jason Patric) and Sam (Corey Haim) to the coastal California town Santa Carla to stay with her father for a while. Only referred to as Grandpa (and Dad) throughout the film, folks may recognize veteran actor Barnard Hughes from 1982’s Tron. The film opens with a pan-in shot of a boardwalk full of games and rides and a group of rock-star dressed youths fucking around on a carousel. Then a quick cut to Lucy, Michael, Sam and Nanook (the pup) driving to Grandpas. The group passes the “Welcome to Santa Carla” sign and Michael notices that someone has spray-painted Murder Capital of the World” on the back of it – that’s not creepy at all. Cue Echo & the Bunnymen’s ‘People are Strange’ cover. read more 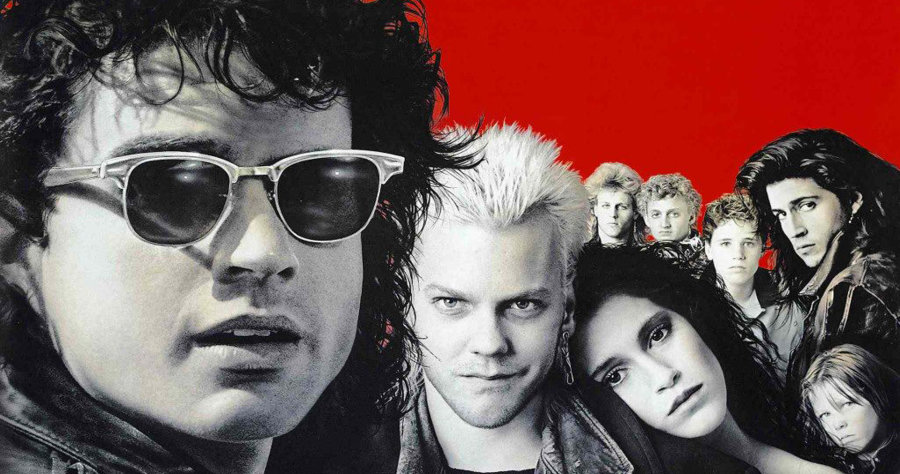 According to Deadline, while the CW brass loved the script, not all elements in the pilot came together in the execution, thus the order for a reworked new pilot, which could feature recastings. The cast included Rio Mangini (Teen Wolf, Everything Sucks!) as Sam, Tyler Posey (Teen Wolf, Truth or Dare) as Michael and Cheyenne Hayes (Camping) and Haley Tju (Go On) as The Frog Sisters. read more

The Lost Boys soundtrack consisted of a number of cover songs by popular artists of the day such as INXS and Echo and the Bunnymen and front men like Roger Daltrey and Lou Graham who were estranged from their original bands at the time, as well as a few original tracks from artists that we haven’t heard from since.  Ironically, one of those artists by the name of Gerard McMahon recorded the song that is most associated with the film entitled “Cry Little Sister”. read more

Do you love The Lost Boys?  Do you also love Broadway musicals?  Well, it looks like your dreams may be about to come true!  In a conversation with Broadway World, G Tom Mac, the singer and songwriter of the film’s hit theme song “Cry Little Sister”, revealed that he will soon be releasing brand new music from an upcoming recording of A Lost Boys Story; a musical based on 1987’s beloved vampire film.

The soundtrack from the musical will be available in October and Mac shared his excitement about the project, saying that the potential musical is “…something that I’ve been working on for some years in development. I wanted to give a back story to the characters and tell where they came from, and how they became Vampires, & their rebellious nature and youthful uniqueness, yet keeping in line with the humor that worked so well with the horror in the film. I’ve written all new songs that bring out a good deal of depth in the plays story, songs like ‘Sleep All Day Party All Night,’ ‘Be One of Us,’ ‘Long Hot Summer’ (Michael & Stars theme), and the ever -fun ‘Death by Stereo’. The soundtrack will release late August to give the fans a good way to get the music in them in anticipation of the upcoming play.” read more