You are here: Home / Scream Factory 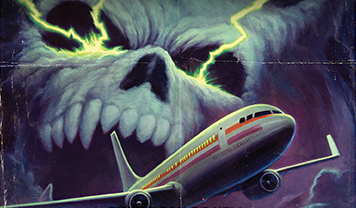 What’s more terrifying than the baggage fees and reduced legroom on commercial airlines? A plane riddled with demonic possession, of course! Scream Factory has the answer for anyone who ever wondered what would happen if you mixed Airplane! with The Exorcist in their new film entitled Exorcism At 60,000 Feet. This horror spoof stars genre staples such as Lance Henriksen, Bill Moseley, Adrienne Barbeau, and Bai Ling, and it’s coming to digital, blu-ray, and DVD on May 5th, 2020. To hype up the upcoming release, the folks at Scream Factory have unleashed a trailer online which contains all sorts of wacky mashups of two popular genres: read more 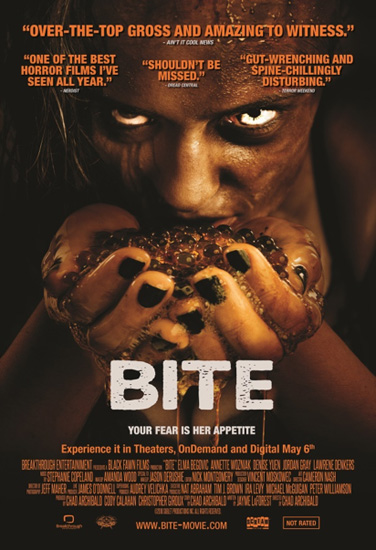 Directed and Produced by Chad Archibald

When she returns from her tropical bachelorette party getaway, a young woman begins to succumb to an insect bite in the palpably disturbing film Bite. Witness the skin-crawling chronicle of one woman’s truly terrifying descent into madness when the visceral body-horror feature Bite debuts in select U.S. theaters May 6th, 2016.  Directed by Chad Archibald (The Drownsman), Bite had a sensational premiere at the 2015 Fantasia International Film Festival in Montreal, where it won an Audience Award, and has recently played at numerous top international genre film festivals. read more