You are here: Home / Sadie Sink 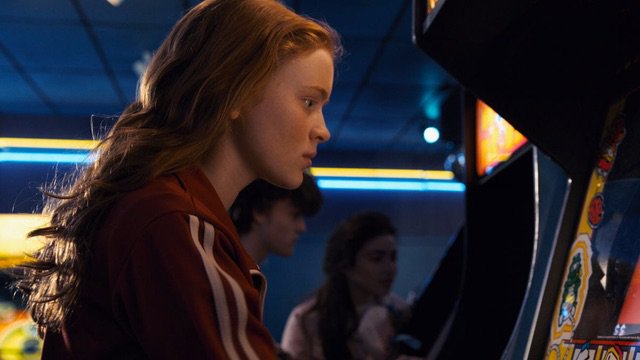 Based off of R.L. Stine’s novel series of the same name, Fear Street hit shelves in 1989 and focused on a group teens who battled with supernatural and violent threats to their small town called Shadyside.

Along with Sink, the trilogy of films will star Benjamin Flores Jr. (Ride Along), Kiana Madeira and Olivia Welch. The three films will be directed by Leigh Janiak, whose credits include two episodes of MTV’s Scream series and the indie horror film Honeymoon, which starred Rose Leslie who is known for her role as Ygritte in Game of Thrones. read more

Netflix’s wildly popular second season of Stranger Things is finally upon us! Just like the early franchises of the 80s from which it draws its inspiration, the sequel was bound to draw comparisons to its breakout first season. Just like how no one can watch Ghostbusters II without preconceived expectations based on the incredible success of its predecessor, Stranger Things 2 will undoubtedly be judged by what it does with the characters, monsters, set pieces, and motifs it established to such critical acclaim in 2016. The filmmakers seem aware of the blessings and curses of a sequel, cleverly titling the second season “Stranger Things 2” like a proper sequel as opposed to the continuation of a television series. read more