You are here: Home / Lobster Johnson 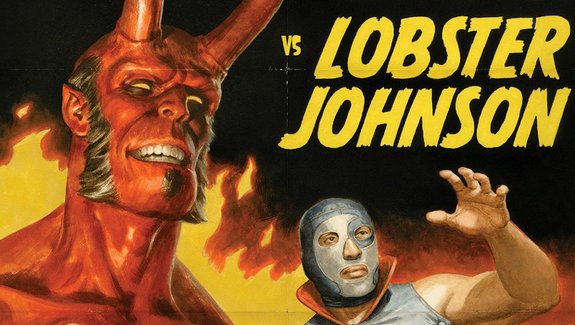 Mike Norton tackled the artistic duties on the new one-shot entitled Hellboy vs. Lobster Johnson: The Ring of Death and he shared some of his ideas about returning to Hellboy, as well as his critically acclaimed new series from Albatross Funnybooks, Grumble. read more 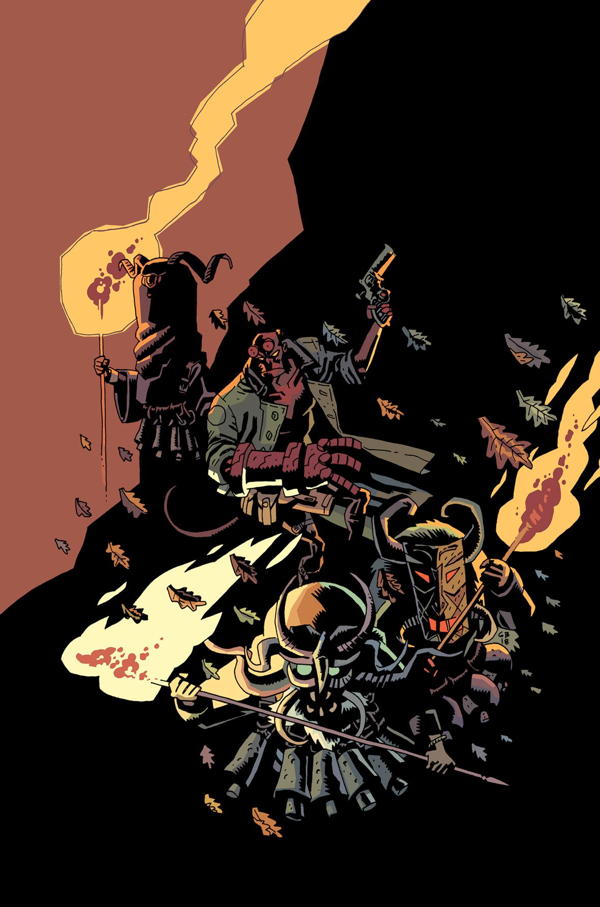 According to the official press release, Dark Horse Comics will publish three new Mignolaverse titles this fall/winter “…span(ning) the globe and showcas(ing) very different corners of the Mignolaverse — the occult cold war escalates in Hellboy and the B.P.R.D.: 1956; Lobster Johnson’s biggest foe, the Crimson Lotus, is featured in her first ever, eponymous mini-series; and the annual Hellboy Winter Special features festive and supernatural stories from Mike Mignola and Ben Stenbeck, Tonci Zonjic, Fábio Moon and Gabriel Bá.” read more 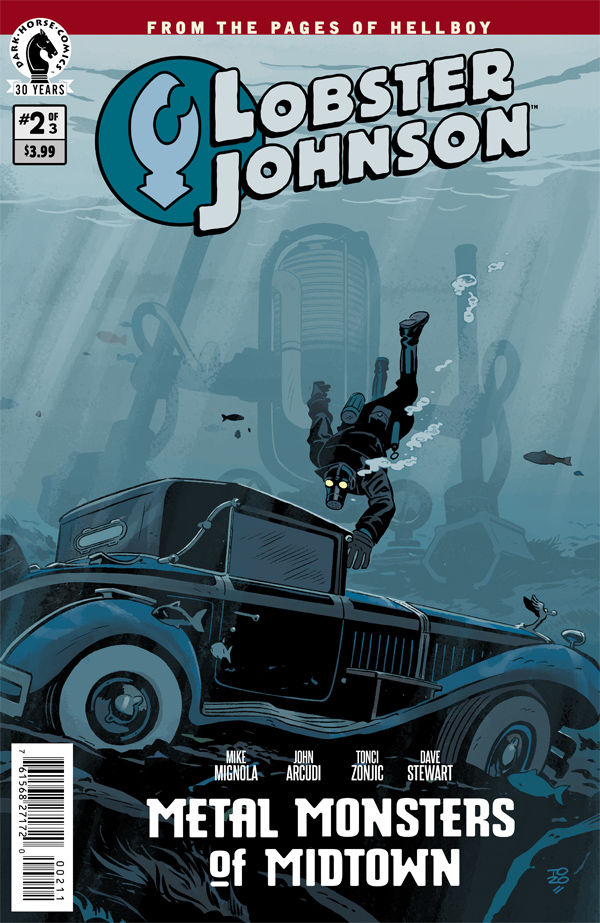 Synopsis: Lobster Johnson and the crew return in a three issue mini-series full of metal mayhem!

Our Thoughts:  After a series of one-shots, Lobster fans can rejoice at the prospects of a new mini-series!  This series picks up directly after the events of “The Forgotten Man” and it throws the reader into the deep end of the pool, in the middle of a showdown between the police, LJ, and giant robots. Fans of the Mignolaverse have a lot of titles to choose from these days, but Lobster Johnson is consistently the most fun.  Arcudi does an excellent job of working with the pulp hero and science fiction/horror motifs of the era that the book is set in, yet they are always filtered through a modern storyteller’s lens.   The Hemingway via Lester Dent dialogue and tough demeanor are ever present, as are the lovable and less hard-boiled supporting cast. read more