You are here: Home / Kolchak The Night Stalker 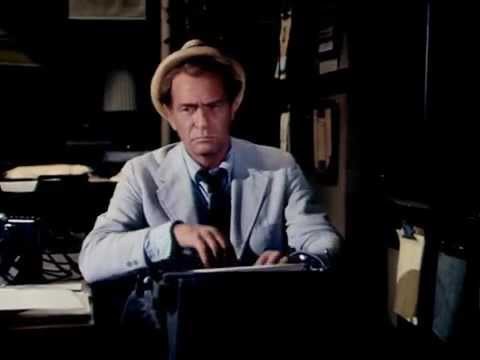 For many horror fans who grew up in the 1970’s, Kolchak: the Night Stalker holds a special place in their hearts.  In fact, it was one of my first introductions to the genre at seven years of age.  I can vividly remember my father watching an episode on the tri-state area’s very own WWOR Channel 9 in our living room.  I walked by the television holding onto my plastic Frankenstein figure and saw what I guessed was a dinosaur attacking someone in a sewer.  When I asked my father what he was watching, he replied “The Night Stalker”.  Intrigued, I said “What is this show about?”  My father summarized the program for my seven-year old sensibilities and told me that it was “a show about a guy who hunts monsters”. Naturally, I was hooked. read more

Seminal horror television series Kolchak: The Night Stalker recently debuted on digital streaming service Netflix and will return to dvd this October. Kolchak, starring Darren McGavin as the intrepid investigator of all things that go bump in the night, will be released by Universal on October 11, 2016 and will feature all 20 original one-hour episodes of the 1974-1975 series.

Kolchak: The Night Stalker was the first “monster of the week” style program and was known for McGavin’s signature bumbling enthusiasm (and straw porkpie hat) and a host of guest stars such as Scatman Crothers, Antonio Fargas, Sharon Farrell, Dick Van Patten, Jamie Farr, Larry Linville, Jim Backus and others.   X-Files creator Chris Carter often cites Kolchak: The Night Stalker as the inspiration for his series and recently paid homage to the horror favorite of the 70’s in last season’s “Mulder and Scully Meet the Were-Monster” as part of the relaunched event series. read more