You are here: Home / harrison ford 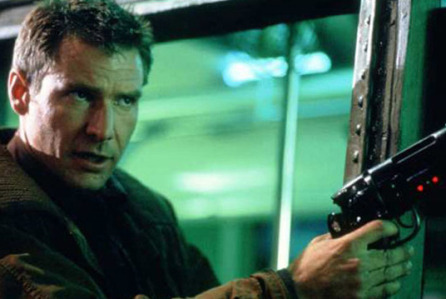 The premiere for the sequel to ‘Blade Runner’ has been announced. It will hit theaters January 12, 2018.    It wsa previously announced that it will star Ryan Gosling and Harrison Ford, who is reprising his role.  Denis Villeneuve is direcing the Alcon Entertainment film.   Hampton Fancher, who co-wrote the original film, and Michael Green have written the screenplay.   The film picks up several decades after the conclusion of the original film from 1982.

Ridley Scott, who directed the first film, said, “Alcon bought the title, and asked if I had any ideas. I did. So fundamentally it’s my essay about what happens and what the film is about. I was going to get writers, but decided to call up my old buddy Hampton Fancher because he walks the walk and talks the talk, albeit in these awful sandals. We came up with a nice tight target. He said he wouldn’t write the screenplay, but wrote a short novel. This was one of the writers I had the best experience with, on the original Blade Runner, meeting him every day, polishing the script. We’d solve one problem and there would be another. It drove him crazy but what happened is that what started off as a small contained play inside an apartment, and into an epic. The new one, we’ve got a very good director in Denis Villenueve. He has taken my script, from Hampton and Michael Green, and that’s what he’ll make. I can’t direct them all, and I have to do Prometheus.” read more