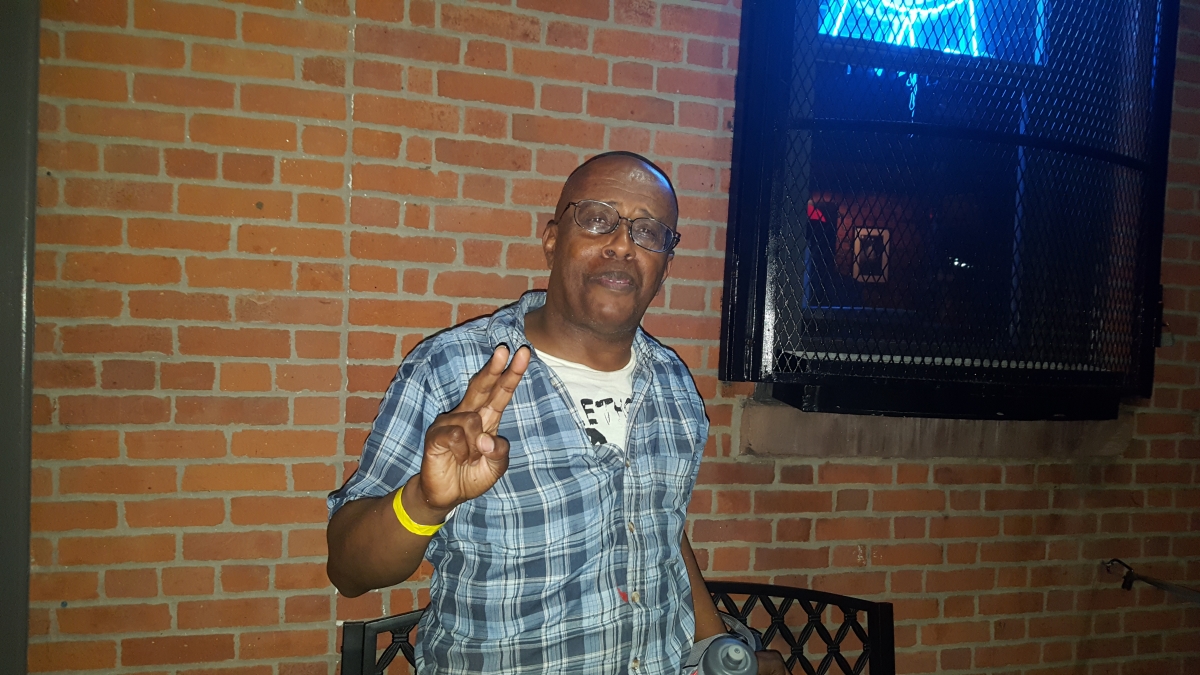 David Liebe Hart first rose to a special kind of fame throughout his beloved appearances on Adult Swim’s Tim and Eric Awesome Show, Great Job! and Check It Out! with Dr. Steve Brule. Whether it be his unique puppetry, his interesting musical performances, or his vivid storytelling, fans of his various appearances always have a specific segment or two they can point to and exclaim their love. Hart can most recently be seen on Awesome Show‘s 10 year anniversary special, and he has taken to the road for an all-new tour in support of his new Space Ranger album. HNN staff member Nick Banks and I sat down with David during the New Haven stop of his tour to conduct an interview on his recent works and to delve deeper into the supernatural topics we first discussed with him last December (You can check that out by clicking this link). What began as a simple interview quickly turned into a trek across New Haven in search of train tracks, churches and tacos. What follows is my account of that odyssey. read more

It’s been an interesting month for otherworldly celebrity encounters! We learned last week that Kurt Russell reported witnessing the Pheonix Lights UFO sighting while piloting a plane in 1997. And now, Rob Lowe is sharing a recent encounter he had with Bigfoot to promote his upcoming show one A&E called The Lowe Files!

The new show features Lowe and his sons travelling this great world of ours in search of creatures like ghosts, aliens, urban legends, and anything in between. Based on his recent interview with Entertainment Weekly, it sounds like his encounter with Bigfoot had the greatest impact. Here’s how he says it went down: read more

David Liebe Hart, the unique entertainer who rose to stardom through his appearances on Cartoon Network’s Tim and Eric Awesome Show, Great Job! and Check It Out! with Dr. Steve Brule, is a busy man. It’s no wonder that Hart is one of Tim Heidecker’s and Eric Wareheim’s go-to guys: He is known for his quirky and unusual bits on both shows which explore puppets, aliens, ghosts, and positive messages for children… all through song and choreographed skits. Although he is not always a polished performer, fans are attracted to the raw nature of his delivery and his earnestness. On Awesome Show, David sings about anything from “the importance of staying in school and saying focused,” to how to greet an alien. On Check It Out!, David plays a more exaggerated version of himself who often helps Dr. Brule (John C. Reilly) to have a greater understanding of the supernatural and extraterrestrial world through the use of puppets and songs. read more