Great news for fans of the 1980 George R.R. Martin novella Nightflyers.  According to Deadline, Syfy has just announced that it has ordered a series based on the science-fiction thriller, and that Netflix will co-produce.  The streaming service will also hold the first-run rights for the series outside of the United States.  Martin’s novella, which had previously been adapted into a feature film in 1987 to a generally negative reaction, will be produced by Syfy’s production arm Universal Cable Productions.

This announcement comes as no surprise, however; on December 6th, 2017, Syfy began announcing cast members for the series.  At that time, Jodie Turner-Smith was tapped to play the role of Melantha Jhirl, much to Martin’s approval.  Nightflyers revolves around a group of scientists on a space voyage, attempting to track down aliens.  Along the way, the crew are victimized by the computer system on board the ship (dubbed “The Nightflyer.”)  A series of terrifying and deadly events occur which have the crew doubting their journey as well as their own sanity.  The television series will more closely follow the 1987 film, rather than Martin’s work.

Martin will be listed as an executive producer on the Nightflyers series, but will not be brought on in any other capacity due to his exclusivity clause with HBO.  Robert Jaffe, who wrote and produced the 1987 film, will be the producer and Jacob’s Ladder‘s Jeff Buhler wrote the television adaptation.  In addition to Turner-Smith, Gretchen Mol (Boardwalk Empire) and Angus Sampson (the Insidious franchise) are among others already cast.

Nightflyers will be shot in Ireland, and has a tentative premiere date of July, 2018.  Stay tuned to HNN for more news on this promising series as it breaks! 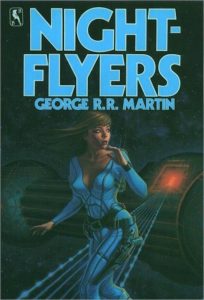 It looks like the Devil may not be down and out, after all. Fans of the Netflix supernatural thriller Lucifer got some good news this week when...
Read more