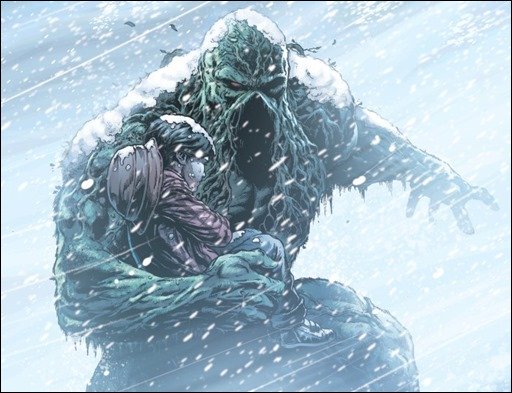 Swamp Thing has been one of the most enduring “monster titles” to grace comics since the character’s debut in House of Secrets #92 in 1971. The title has also been written by some of the greatest writers in comics history, beginning with creator Len Wein, and followed by Alan Moore, Grant Morrison, Mark Millar, Brian K. Vaughan, Scott Snyder and many other accomplished writers.

Therefore, it is no surprise that the hottest writer in comics Tom King (Batman, Mister Miracle) recently added his name to the “Swamp Thing Hall-of-Fame” by penning the Swamp Thing Winter Special #1, which stands as a moving tribute to the late Wein and his recently deceased co-creator Bernie Wrightson.

In this one-shot story, entitled “The Talk of the Saints,” we find the elemental creature battling an environment that we don’t usually picture the character in: a brutal winter scene.  Unfortunately, the Swamp Thing is cut off from the source of his elemental powers (The Green) while trying to survive an epic blizzard and also protect the life of a young boy.

The story moves at a plodding pace, echoing a slow painful trek across a frozen wasteland.  King’s repeated, and frequent, use of the phrase “later”  emphasizes the gravity and hopelessness of the journey, cleverly using a tried-and-true time skip device to actually contribute to the theme of the story.  King also uses other metaphorical devices including a sports radio broad cast (which also gives the story its title) to drive home the bitter truths about the cyclical nature of life on earth.

Artist Jason Fabok is the perfect compliment to King’s script in this story, with his art highlighting the struggle for survival and changing rhythms of the natural world.  This comic was a “passion project” for Fabok and it shows in his artwork. The artist recently took to twitter and explained that it was difficult to convince the publisher to give him a chance to draw Swamp Thing.  Anyone who picks this book up will quickly realize that DC made the right choice.

Fabok’s Swamp Thing is sturdy and vulnerable and we clearly see the toll that the journey, and the decisions that he is forced to make, takes on his face and body as the story progresses to an inevitable end.

As if this poignant story by King and Fabok wasn’t enough, the rest of the collection is comprised of  various tributes to both of the legendary creators of Swamp Thing who both unfortunately passed away in 2017.  Editor Rebecca Taylor remembers Wein with a moving eulogy for the prolific writer which serves as a preface to Wein’s last work for the company (which was intended to be a follow-up to his recent mini-series Swamp Thing: The Dead Don’t Sleep). What we are left with is a wordless comic with Kelley Jones’ typical Wrightson-esque artwork, followed by Wein’s script for the issue.

This is a perfect package for long-time Swamp Thing fans, with no unnecessary ties to current DC continuity.  Fans of King will also find yet another well written tale featuring one of DC’s most enduring characters.  This special is already receiving a large amount of critical praise and it is sure to be remembered for quite some time. 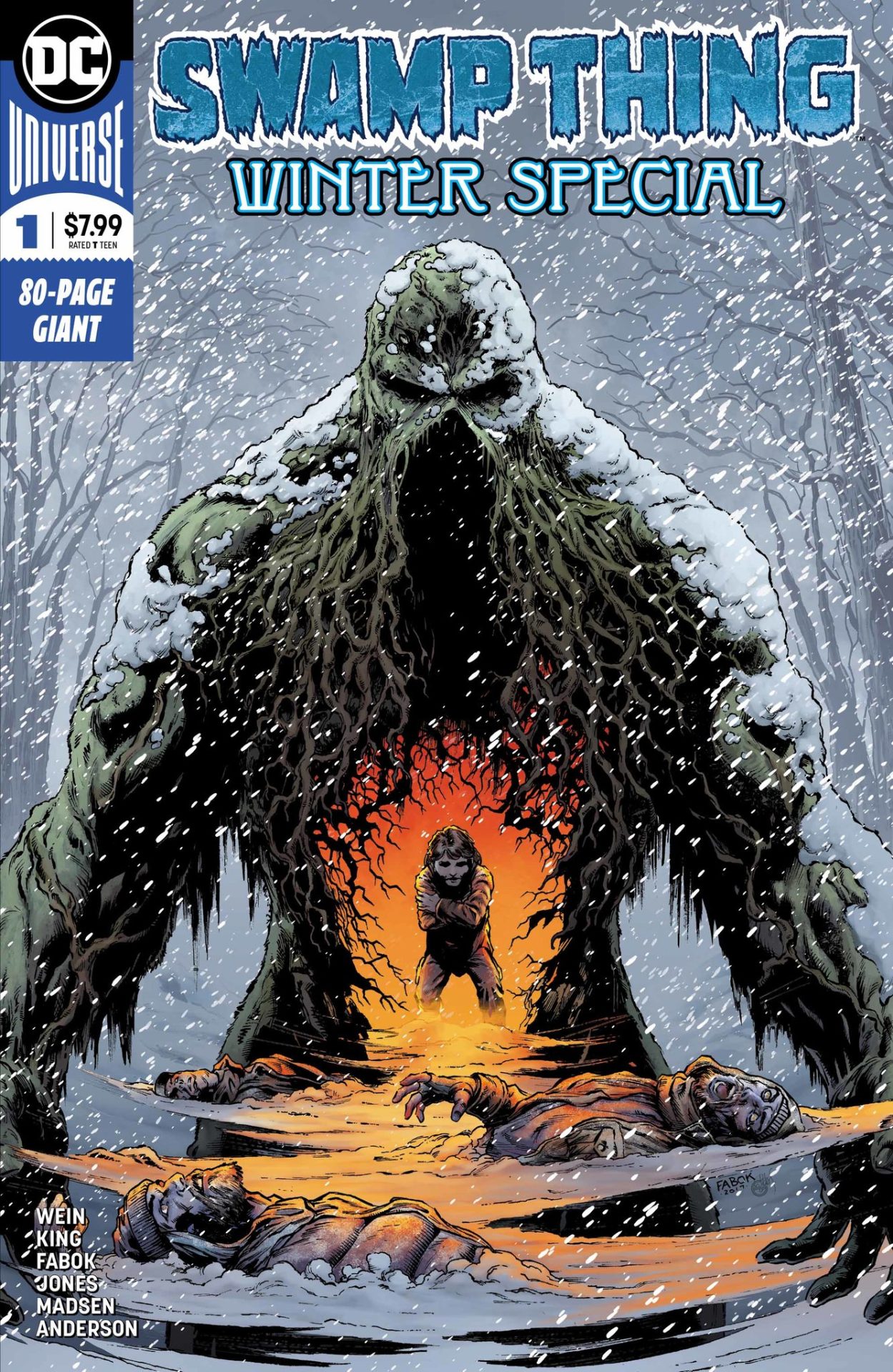