Super 7 just announced a radioactive opportunity for anyone who missed out on their first Toxic Crusaders Toxie deluxe action figure, and anyone who placed an order for the original but still can’t get enough! The popular toy company will also be manufacturing a limited edition glow in the dark  run of the toy based on the fan-favorite 1990s cartoon and toy line. The series is a child-friendly offering that was loosely based on Troma’s R-rated 1984 cult classic, The Toxic Avenger. This kinder, friendlier Toxie will come with his trusty mop and American flag, an alternate head, a shield, and many more accessories. 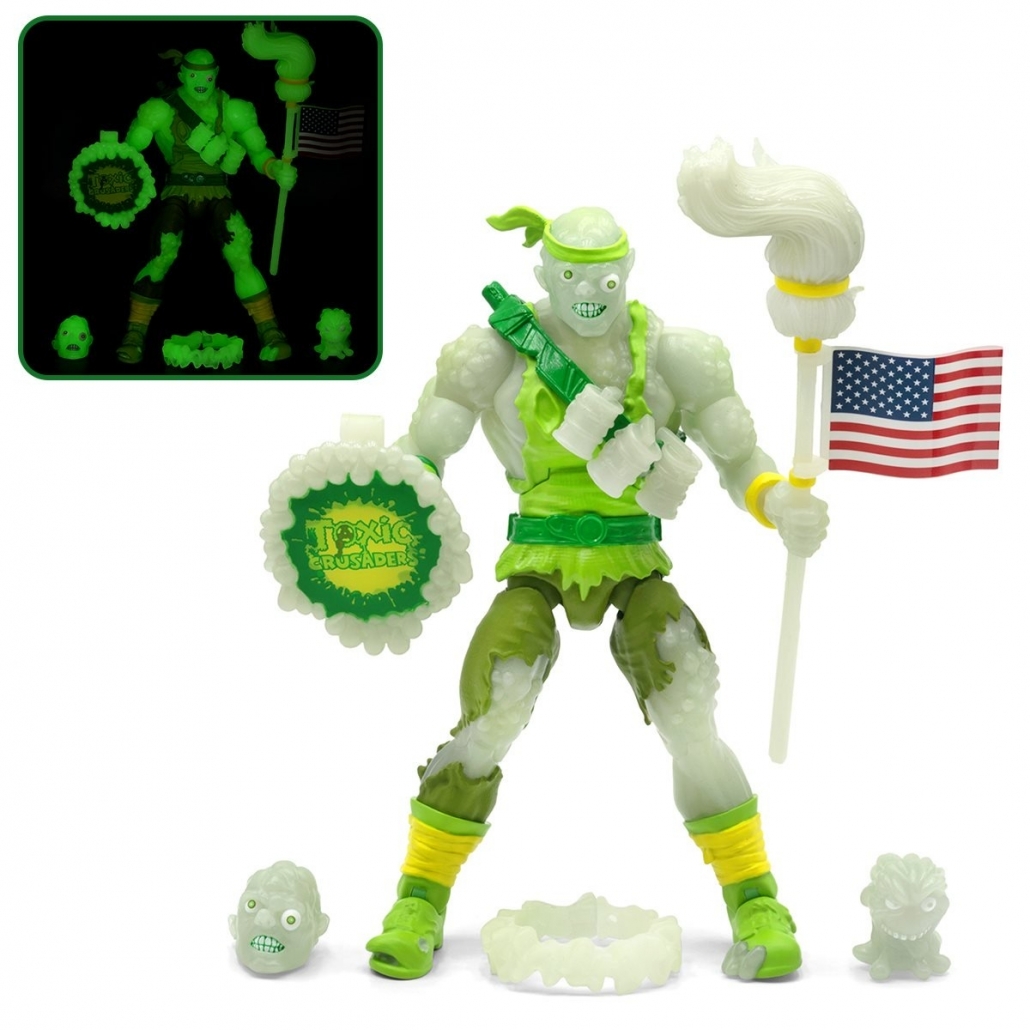 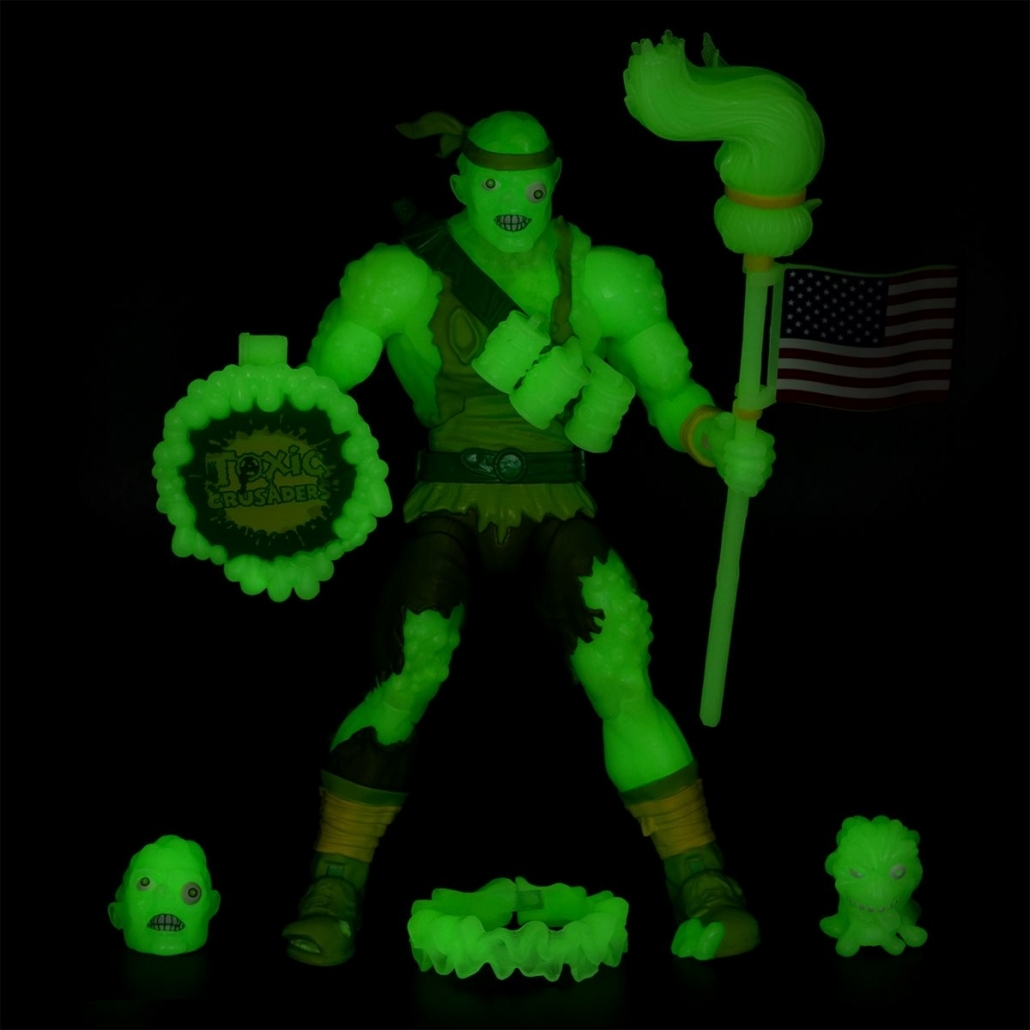 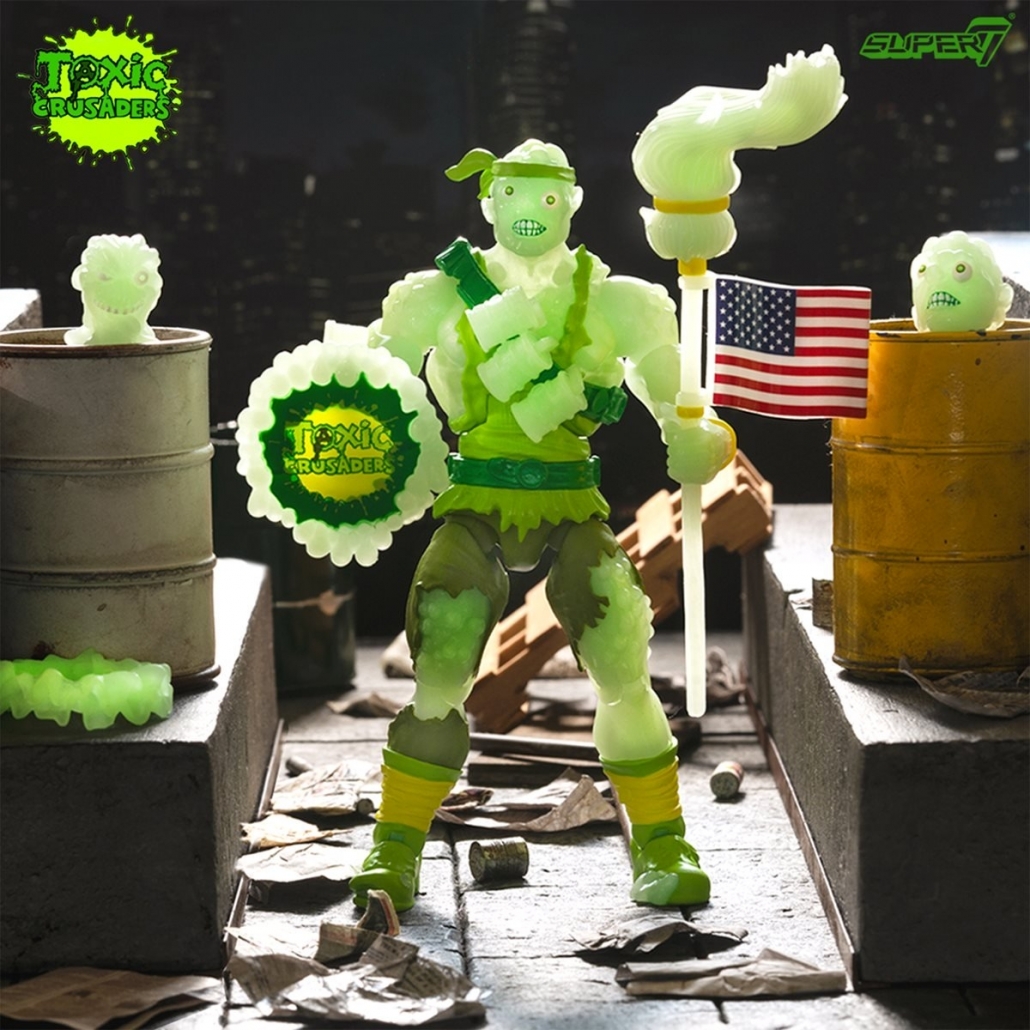 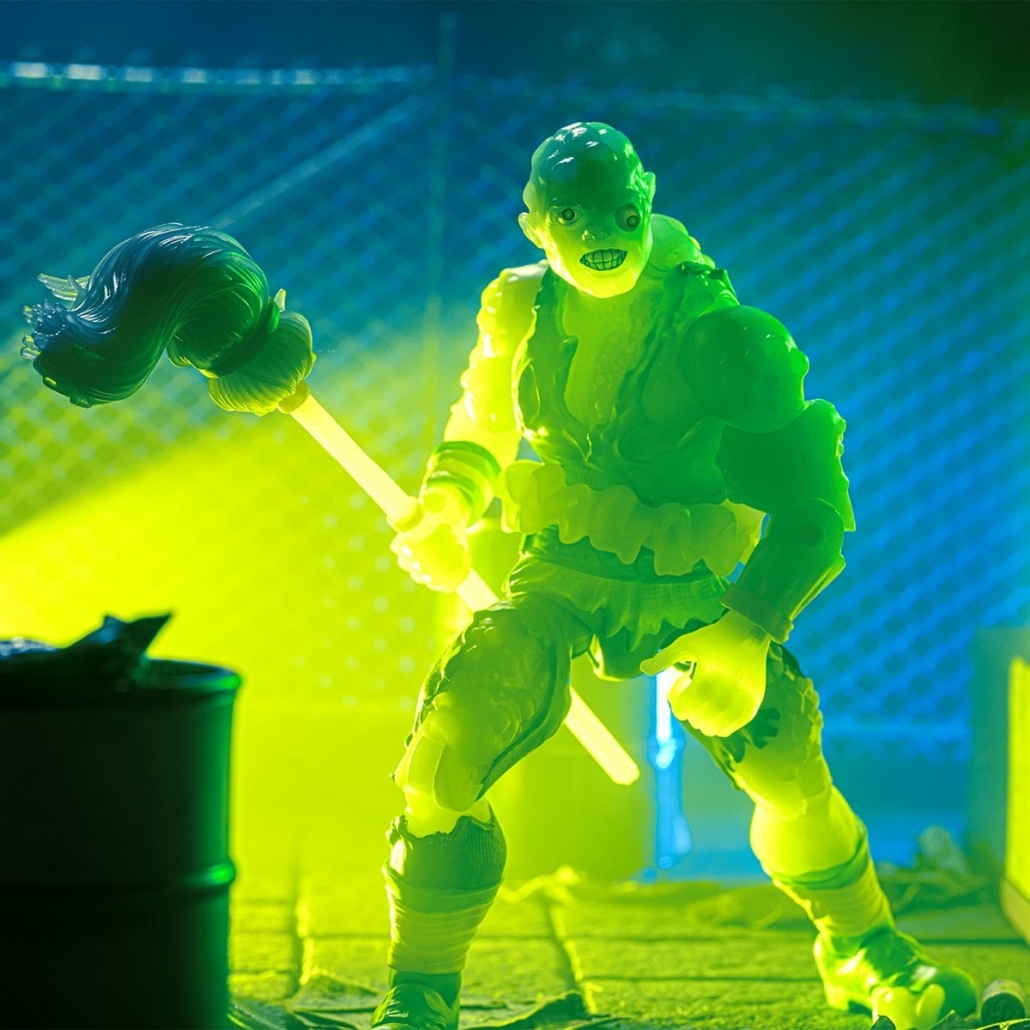 The figure is available for pre-order exclusively at Entertainment Earth, and judging by how quickly pre-orders went for the regular version, it won’t be around for long! The following is the official listing information for the figure:

“Based on the hit 1990s cartoon and toy line, this awesome 6-inch scale Toxic Crusaders Glow in the Dark Toxie Deluxe 6-Inch Action Figure – Entertainment Earth Exclusive is ready clean up this town all day and all night. Complete with Blobbie, a flag map, an alternate head, a shield, and a whole suite of accessories, the glowing green mutant is here to save the world while also making it just a little bit cleaner… and brighter, because Toxie and his gear are cast in glow-in-the-dark green plastic! This is an exclusive, so it will sell fast. We suggest that you get your order in now so you don’t miss out!”

Stay tuned to Horror News Network for complete coverage of all sorts of horror toys as soon as it breaks!

Deadline is reporting that Legendary Entertainment has nabbed the film rights to The Toxic Avenger and will reboot the Troma horror franchise. The series...
Read more

The cult-classic The Toxic Avenger is getting a face-lift with a remake.   It was announced today that Sausage Party co-director Conrad Vernon has...
Read more