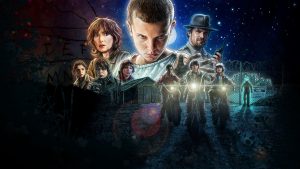 Enter Stranger Things, the Netflix 80’s throwback that took the television-viewing nation by storm this summer! From the minds of the Duffer Brothers, the show blended a perfect mix of monsters, horror, science fiction and action, with clever homages to 1980’s filmmaking sprinkled throughout. As fans spent the summer falling in love with its characters and its contagious nostalgia, members of the Hollywood Foreign Press were considering the series for some Golden Globe Awards. Stranger Things has been nominated for “Best Television Series- Drama,” and Winona Ryder has been nominated for “Best Performance by an Actress in a Television Series- Drama.” After starring in such spooky hits as Beetlejuice and Bram Stoker’s Dracula, Ryder has not been as active in the world of acting in recent years. She chose an excellent project to return with, and her hard work and talent is being recognized by fans and critics alike.

Hopefully more judges will consider horror stories for end of year awards as fans and critics begin to take the genre more and more seriously. Never mind “best horror film of the year”… The Witch was one of the best films of the year, featuring directing and acting that could rival anything else that can be found on the nominations list.

The 74th Golden Globe Awards will air on Sunday, January 9th, 2017 on NBC. For a full list of nominees, click this link.  Stay tuned to Horror News Network for word on any other nominations or awards Stranger Things might receive in the coming months.

Dark Horse Comics Offers Free Access to Over 80 First Issues of Their Most Popular Comics
HNN Coverage of NY Toy Fair 2020: Exclusive Booth Tour of McFarlane Toys
'The New Mutants' Gets Poster Ahead of Release
'The New Mutants' Gets Trailer for April Release
'The Lighthouse': The Horror News Network Review
'The Simpsons' Annual 'Treehouse of Horror' Episode Includes Parodies of 'Stranger Things' and 'The ...
John Evans

Staff Writer at Horror News Network
John has loved movie monsters for as far back as he can remember. He's since collected up as many comics, statues, and autographed material related to movies and music that he can get his hands on. He is particularly interested in the critical and analytical discussion of the best stories the horror genre has to offer. One of his largest works on the topic is a study on the portrayals of people with disabilities in horror films.
http://www.horrornewsnetwork.net/wp-content/uploads/2016/12/golden-globes.jpg 620 1024 John Evans http://www.horrornewsnetwork.net/wp-content/uploads/2016/05/HNN-logo.jpg John Evans2016-12-12 23:35:262016-12-13 14:56:03Stranger Things Represents the Horror Genre with Golden Globe Awards Nominations
0 replies