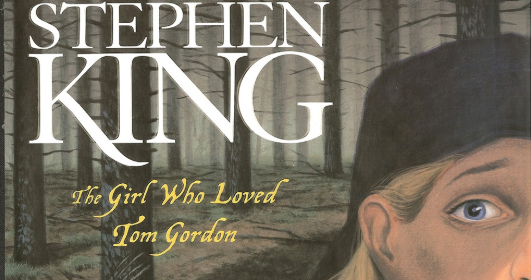 Baseball fans will remember Tom Gordon as the former starting pitcher who the Boston Red Sox converted to an all-star closer for three great years in the late 90’s. Stephen King fans know that good ol’ Stevie loves his Red Sox which is why, in the midst of his heydey with the BoSox, King released a book titled ‘The Girl Who Loved Tom Gordon’.

Not a typical horror story, the novel follows a young girl named Trisha who gets lost in the woods while hiking with her mom and brother. While lost, her only solace is listening to Red Sox games on her Walkman and listening to her hero, Tom Gordon, close out the games. Discussion of adapting the King novel into a film has been in the rumor phase for years with George Romero attached to write and direct but those stalled. Now, Deadline is reporting that the film adaptation is back on with the late Romero’s wife Christine on as producer.

Village Roadshow Pictures (Joker, Mad Max: Fury Road) has optioned the rights to the film which will be written by Christy Hall, who has most recently written the Netflix hit I Am Not Okay with This.  Along with Christine Romero, Jon Berg of Stampede Ventures is producing as is It:Chapter Two and Doctor Sleep producer Roy Lee.

No word yet on any cast or filming dates but check back often as we will release the news as it comes.

By 1983, Stephen King novels were white-hot in the world of film. Brian DePalma's 1976 adaptation of Carrie won over critics and audiences alike...

Horror master Stephen King has an unexpected favorite among all his classics--Lisey's Story. And now his Constant Readers can hear the bestselling author explain why, and...

For millions of Stephen King's Constant Readers, delving into the backstory of one of his best-loved novels would have to be great news--and that's...