Based on the new footage, it’s clear that Hardy’s Eddie Brock  will be the deeply conflicted anti-hero from the pages of the comic book. While there’s certainly an explosion or two, the trailer shows this film is going to have a darker tone than your typical Marvel cinematic universe movie. You can watch the full trailer below:

Variety reports that Hardy expressed his passion for the project at the CinemaCon event. He told the crowd, “Being part of this movie is a dream come true… He’s one of my favorite characters as well.”

For fans who are looking to catch another glimpse of Hardy in partial Venom make-up, the film’s new teaser poster features a nice split shot of Brock and his symbiotic mask creeping its way across his face: 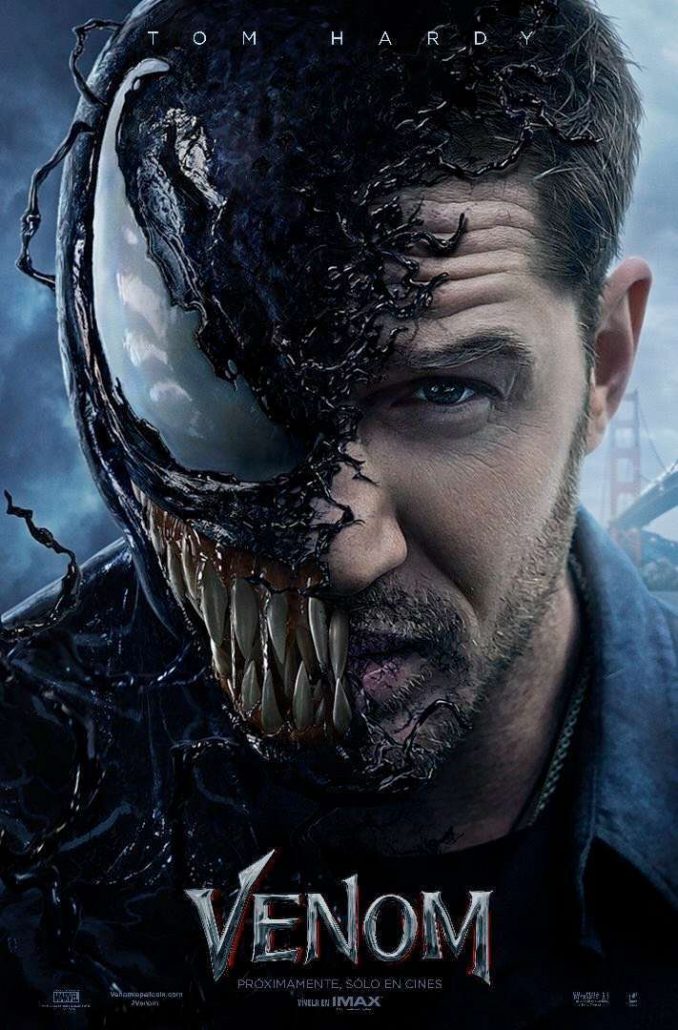 Venom was directed by Ruben Fleischer, and it also stars Michelle Williams, Jenny Slate, and Riz Ahmed. Sony Pictures will release the film to theaters on October 5th, 2018. Stay tuned to Horror News Network for more details on this exciting project as they break!

In a recent interview with the LA Times, the director of Sony's Venom insists that he didn't skimp out on any Venom-style mayhem in...
Read more

Sony's earlier trailers for Venom largely focused on the fantastic Tom Hardy as Eddie Brock, with only a few fleeting moments of his symbiotic suit flashing...
Read more

Be really quiet....now scream!! Paramount Studio Chief Jim Gianopulos announced at CinemaCon that an inevitable sequel to A Quiet Place is indeed in the works.   Gianopulos...
Read more

Just 11 days after principal photography has officially wrapped, Marvel monster fans already have a first look at Tom Hardy as Venom in the...
Read more

The Big Fella with the radioactive personality is back--and IDW Publishing and Toho International, Inc. are teaming up to show off Godzilla in a...