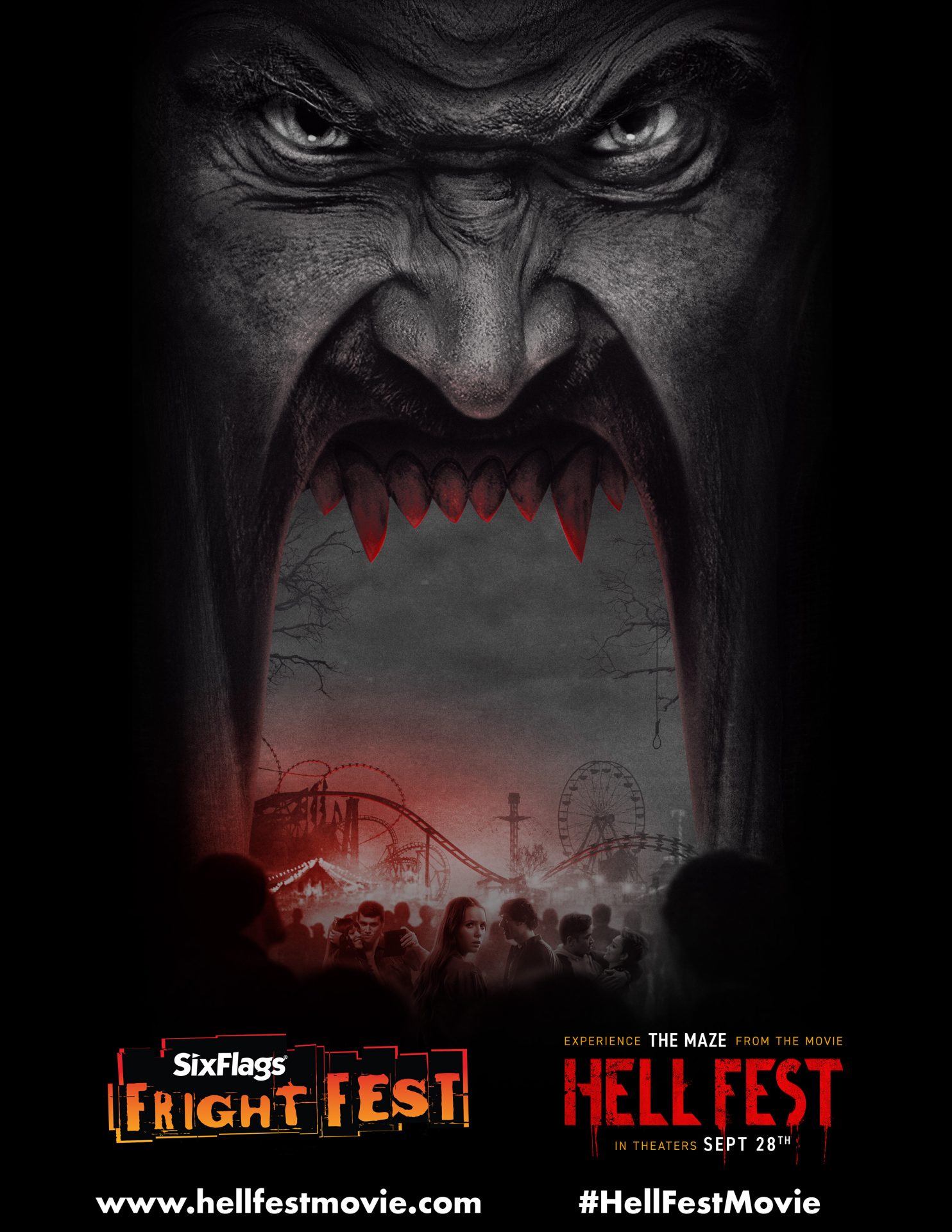 For this year’s Fright Fest, the creators of H F, along with SF and CBS Films, will launch scary attractions based on the movie at three of the theme parks in the US.

The story for Hell Fest follows a masked killer turns a horror themed amusement park into his own personal playground, terrorizing a group of friends while the rest of the patrons believe that it is all part of the show.

Vice President of North America Strategic Marketing & Partnerships Stephanie Borges said, “Our guests visit Fright Fest to experience the scariest and most haunting attractions in North America. Partnering with CBS Films adds a new, completely immersive in-park experience to our existing lineup and will take this year’s event to a whole new level of fear.”

Guests who dare enter will walk through the “Devil’s Mouth” into The Hell Fest Maze and pass through a number of rooms, each with themes depicting scenes direct from the movie, that include:

The Mausoleum, a corridor that grows increasingly narrow and forces guests to feel the touch of death.
The Mask Room, a haunted room filled with floating white faces that can spring to life at any moment.
The Doll Room, filled with dolls that nightmares are made of.
The Torture Chamber, where bodies of the disassembled, dissected and disemboweled wish to share their horrific ending.?

Passing from one room to the next, guests must find their exit or be trapped by “The Other” who is the demented antagonist of the film.

“Fall means Halloween and for millions of people, Halloween means Fright Fest at their favorite Six Flags theme park,” the film’s Director Gregory Plotkin said. “We are excited for Six Flags patrons to have the unique opportunity to step inside the terrifying world of Hell Fest. I can’t wait to hear the screams and laughter!”