Paul W.S. Anderson, who previously worked on both the Resident Evil and Mortal Kombat film adaptations, will assume the writing and directing duties on Monster Hunter.  The star of those Resident Evil movies, Milla Jovovich, has already signed on to team up with Anderson again as the female heroine Artemis.  Joining Jovovich will be Hollywood heavyweight Ron Perlman (Hell Boy), rapper Tip ‘T.I.’ Harris, Tony Jaa (Ong-Bak: The Thai Warrior) and Meagan Good (Saw V) among others.  Completing the Resident Evil circle on this project are producers Robert Kulzer and Jeremy Bolt, with several others also serving in that capacity.

The film will reportedly focus on the hunter Artemis (Jovovich) and her soldiers as they battle terrifying monsters and unflappable enemies in a race for survival.  Along the way they meet a stranger (Perlman) who may be able to aid in their war against the murderous monsters. 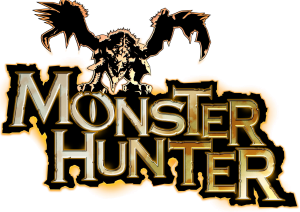 While the rumors of another Resident Evil title have been swirling for quite some time, today was the day that Capcom officially announced the...
Read more

Gamers continue to count down to the June 19th release date of the highly anticipated survival game The Last of Us Part II. This...
Read more

A voice that entertained many horror gamers has been silenced. Paul Haddad, the voice of the original Leon Kennedy from Resident Evil 2, has passed...
Read more