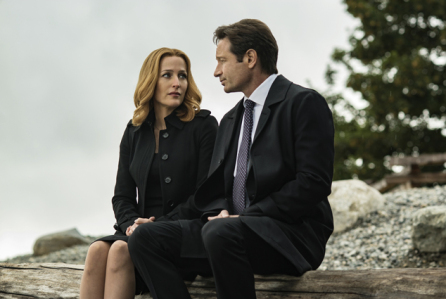 Walden said,”We have had conversations with (creator) Chris Carter and (stars) David Duchovny and Gillian Anderson. I believe everyone is on board to do another installment of the show.”   She said, although that everyone involved is currently working in various places worldwide, that “hopefully this season we will be able to get it done and that the same time next year (May), we will have something to announce.”

Newman added that  Carter, Duchovny and Anderson have talked about various aspects including what kind of episodic order makes sense. Some of that is driven by schedules.” And that Conversations are ongoing. I can tell you that all of them would like to do more of these, and certainly the network and studio want to do more”

The next installment is being tentatively scheduled for the 2017-18 season.   The first event series had strong VOD performance, making it the second-most-watched Fox program on VOD last season. It was also one of Fox’s top programs last season.

'The Simpsons' Annual 'Treehouse of Horror' Episode Includes Parodies of 'Stranger Things' and 'The ...
Fox Cancels 'The Passage' After Only One Season
The Old and New Gods Prepare for Battle in 'American Gods' Season Two Trailer
Extended Trailer Arrives for 'The Passage'
Mattel to Produce 'The X-Files' Mulder and Scully Barbie Dolls
Trailer for ‘The Simpsons: Treehouse Of Horror XXIX’ Released

Staff Writer at Horror News Network
Lynn Sorel has been writing for Horror News Network since September 2014. You can catch up with her on Twitter at @gothicmermaid13. Read her full bio on our About Us page.
http://www.horrornewsnetwork.net/wp-content/uploads/2016/05/the-x-files-installment2.jpg 299 446 Lynn Sorel http://www.horrornewsnetwork.net/wp-content/uploads/2016/05/HNN-logo.jpg Lynn Sorel2016-05-16 15:56:502016-05-16 15:56:50Second THE X-FILES Event Series Installment Likely Next Year
0 replies