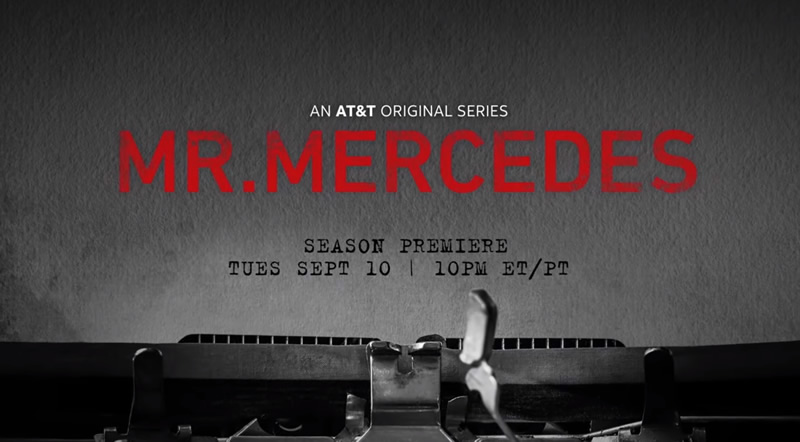 The official trailer for the third season of Mr. Mercedes has hit the internet and we have it for you below. The initial episode of the series premieres on September 10th at 10PM on Audience Network.  This season will consist of 10 one-hour episodes and follow the story contained in Stephen King’s Finders Keepers, the second book in the Bill Hodges Trilogy.

The plot for the third season of Mr. Mercedes is as follows:
When beloved local author John Rothstein is found murdered, Hodges, Holly, and Jerome, along with local police, must track down his killer. But this case is more complex than the cold-blooded killing of an American icon. Unpublished novels of Rothstein’s were stolen from his home, and they are worth millions. As the case unfolds, the trio learns that although Brady may be gone, his depravity lives on in the lives of his victims.

Have a look at the trailer below and Keep it locked to Horror News Network for the latest on Mr. Mercedes.

Cameras To Roll In June For ‘Firestarter’ Remake

The flames are burning brighter than ever for the remake of Stephen King's classic Firestarter--a remake fans have been anxiously awaiting. Akiva Goldsman--who is producing the...

Stephen King is taking this one personally. The small-screen adaptation of the horror master's 2006 novel Lisey's Story--debuting on Apple TV+ June 4--has been scripted by King...