The fifth Scream entry–the first not directed by the late Wes Craven–kicks off 2022 with horror galore. Scream brings back Neve Campbell, Courteney Cox, David Arquette and Marley Shelton in their legacy roles, and pits them against a new Ghostface.

The History of Scream
Beginning with a script written by Kevin Williamson, Scream was originally titled “Scary Movie”. The film started a bidding war with many major studios competing for it; Paramount Pictures, Universal Studios and Morgan Creek Productions all bid on it before it was won by Miramax. The studio gave Williamson $400,000 and a deal for two sequels and an unspecified fourth film. When it came time to choose a director, Wes Craven (who was originally pursuing an adaptation of The Haunting which eventually fell through) agreed to direct the film. For Craven, the film would be a major comeback after a rough patch of releases with low box office returns such as New Nightmare and Vampire in Brooklyn. Towards the end of filming, and against Craven’s advice, the title “Scary Movie” was changed to Scream.  Upon its release, Scream grossed over $170 million worldwide and was the start of a franchise with sequels that followed in 1997, 2000, 2011 and upcoming for 2022. As for the December 20th release date, it was out of the ordinary for a studio to choose a December date for a horror release, however, much like The Exorcist, the date proved to be a viable one as the film became the most successful slasher film of all time at that point. The enormous fanbase of the Scream franchise has also led to a television series, although it acts as an anthology and follows different groups of teens stalked by the notorious Ghostface. 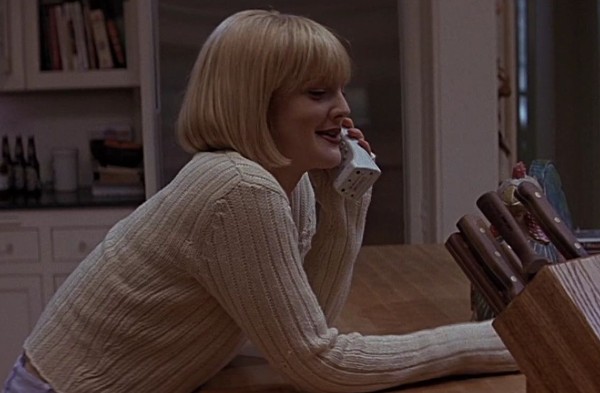 There were many popular actresses who auditioned for the role of Sidney Prescott, including Melissa Joan Hart, Brittany Murphy and Alicia Witt, but Craven ultimately decided on Neve Campbell. After seeing her on the TV drama Party of Five, Craven felt she could pull of the innocent look of the character while also handling all the physical conflict and emotions required for the part. Other characters introduced in the original film included Billy Loomis, played by Skeet Ulrich, who was cast due to his resemblance to actor Johnny Depp, Rose McGowan as Tatum Riley, and David Arquette, who played Dwight “Dewey” Riley, who originally auditioned for the role of Billy. Jamie Kennedy played the memorable role of film nerd Randy Meeks, who knew all the rules about surviving horror movies and Matthew Lillard was cast as Stu Macher, Billy’s partner in crime. Drew Barrymore was cast as Casey, who help set the tone for in Scream’s memorable opening scene.

Scream Sequels
Scream 2 was greenlit by Dimension Films while the first film was still in theaters achieving huge success at the box office. Williamson had pitched a five-page outline for the sequel when he sold the original story and since the film was put on the fast track there was little time to complete the script, where there were several rewrites done – even on the days of filming. Craven returned to direct along with principle cast members. Since the internet was becoming a larger platform of information sharing, Williamson said there were three endings to the film to avoid spoilers getting leaked. New cast members included Sarah Michelle Gellar as Cici Cooper and Jerry O’Connell as Derek Feldman. This time the characters are enjoying college life until a ghost from their past follows them to the party. The killers for the second installment of the franchise were Timothy Olyphant as Mickey Altieri and Laurie Metcalf who played Debbie Salt, a fake reporter who was actually Billy’s mother, Mrs. Loomis.  After achieving positive reviews upon release in December 1997, and nearly as much return at the theatrical box office, another sequel followed with Scream 3 in 2000. Craven returned to direct the third film but this time the screenplay was written by Ehren Kruger with the intention that this would be the final chapter.  As for the surviving cast members, they are pitted against a new killer in Hollywood. It is revealed that Sidney’s mother had actually been an actress and unbeknownst to Sidney, Maureen had a son from a previous relationship. It is revealed that the director of the newest “Stab” sequel, a movie series within the films, Roman Bridger (Scott Foley) is actually the son of Maureen.  Although not as successful, the third Scream film did turn a hefty profit at the box office with $161.8 million, but it would be 11 years before Ghostface would kill again. Williamson returned to the series to pen the script for Scream 4 with a wink and nod about how many fan-favorite franchises were getting remakes. This time around, 15 years after the original massacre, Sidney returns to the town of Woodsboro to promote her new book. When evidence from the murders of two high school girls shows up in her car, she must stay in town until they are solved. Other returning cast members are Arquette and Cox as Dewey and Gale respectively. It turns out that years of hearing all about the infamy of her older cousin Sidney drew Jill Roberts (Emma Roberts) crazy, literally. The game Jill sets into motion leads to many of her classmates getting killed and framing the murders on her accomplice, Charlie Walker (Rory Culkin) and her ex-boyfriend Trevor Sheldon (Nico Tortorella). In the end, Sidney gets the final stab in by putting an end to Jill and all the Ghostface killings by saying, “You forgot the first rule of remakes, Jill. Don’t fuck with the original!” The film received mixed reviews and was the lowest grossing entry, earning $97.1 million on a $40 million budget. 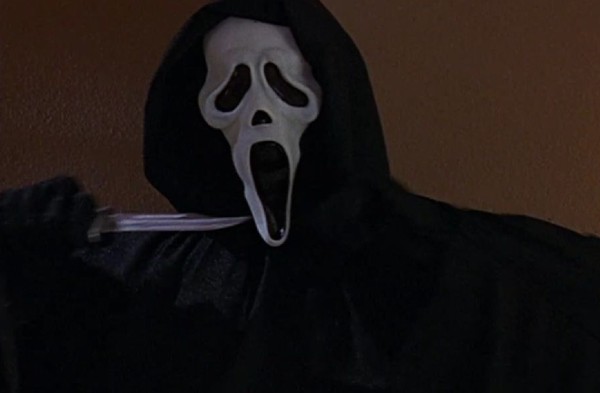 Scream TV Series
In 2013, a Scream TV series was given the green light. Craven was originally tapped to direct the pilot (and maybe more) but that option did not come to pass unfortunately. Instead of being a companion show to the films, like Marvel’s Agents of Shield, Scream the series became an anthology with independent stories involving a masked killer who stalks teenage victims. Seasons one and two are set in the fictional town of Lakewood. The main character, Emma Duval (Willa Fitzgerald), thinks all is well until horrific events from the town’s past come back to haunt her. She stops at nothing to discover the identity and stop the Lakewood Slasher. For season three, now set in Atlanta, local football star Deion Elliot is stalked by Ghostface who has returned. Amidst a killing spree, Deion faces the killer who uses his darkest secrets against him. The series ran for three seasons between 2015 and 2019.

The Scream Killer – Ghostface
The killer, who has become known as the iconic “Ghostface”, was voiced by Roger Jackson, who during filming was not shown to cast members. Craven did not want their reactions to the villain’s voice be stymied by knowing Jackson’s appearance, he wanted it to remain a mystery. The costume the villain wore was meant to conceal the individual wearing it so they could not be identified by their hands, pants or shoes. The iconic ghost mask, inspired by the Edvard Munch painting titled “The Scream,” was not originally made for the film but instead purchased at a costume store near the area where the crew was filming. To avoid copyright infringement from the mask’s creators, Fun World, modifications were made to alter the shape of the mouth and eyes. Eventually the producers made an agreement with the original mask’s creators over likeness rights. The Buck 120 hunting knife the killer uses was the same used on the posters for Friday the 13th: The Final Chapter, A New Blood and Jason Takes Manhattan. Although the characters revealed to be the killers in each film were always different, the actor who donned the mask and robe most times was stunt actor Dane Farwell, who had given the character quirks, like cleaning the knife after a kill.

How many people has Ghostface killed?
For the Scream film series, Ghostface has 42 presumed kills throughout the four entries. These include eight from Scream, 10 from Scream 2, 10 from Scream 3 and 14 from Scream 4. It is worth noting that although the character Kirby Reed (Hayden Panettiere) is stabbed twice by Charlie, it’s unconfirmed whether she succumbed to her injuries or survived. For the television show, the various killers had 39 victims over the three seasons. Season one finished with 11 kills, followed by 17 in season two and 11 in season three.