Satanic Panic 81’s sophomore effort “Mara” is a tense and frightening walk through the mind of composer Brian Burdzy. From the hauntingly pounding opening track ‘Never Forgive’ to the climatically charged final track ‘Cross to Bear’, “Mara” offers the listener an eclectic grouping of 80’s synth-heavy scoring that tells the story of Mara – a girl who dedicates her waking hours exacting revenge on those who wronged her.

“Mara” is the follow-up to Satanic Panic ‘81’s well reviewed “The Sacrifice Hunter” which sold out of its first pressing one day after release. In between “The Sacrifice Hunter” and “Mara”, Burdzy was busy composing the score for the upcoming film The Dead Girl In Apartment 3, starring Adrienne King of Friday The 13th.

“Mara” is set to release on October 2nd, 2020 on Flower and Flamingo Records; it can be pre-ordered on multiple formats by heading to SatanicPanic81.com where there is also a free track for preview.

The highly anticipated follow up to 2017’s The Sacrifice Hunter will hit streets and online stores October 2nd, 2020 via Flower and Flamingo Records. Titled “Mara”, the acclaimed retro-synth sound of SP81 tells a story about a girl who dedicates her waking hours exacting revenge on those who wronged her.

For this effort Brian Burdzy went it alone at first, but later enlisted the help of such notable musicians as Thomas McGreevy (The Low Road/Police Navidad) and Paul Alan (Hundreds of AU/Hell Mary). The album was written and tracked in Burdzy’s home studio, nicknamed ‘The Belfry’, before being sent to Geoff Towle for mixing and mastering. In all 9 songs totaling over 41 minutes that invoke nostalgic horror/action films from yesteryear and modern post rock.

“Mara” will be available on limited edition vinyl, CD and cassette, with artwork provided by Pete Bruni and layout by renowned retro artist Adam Shub. 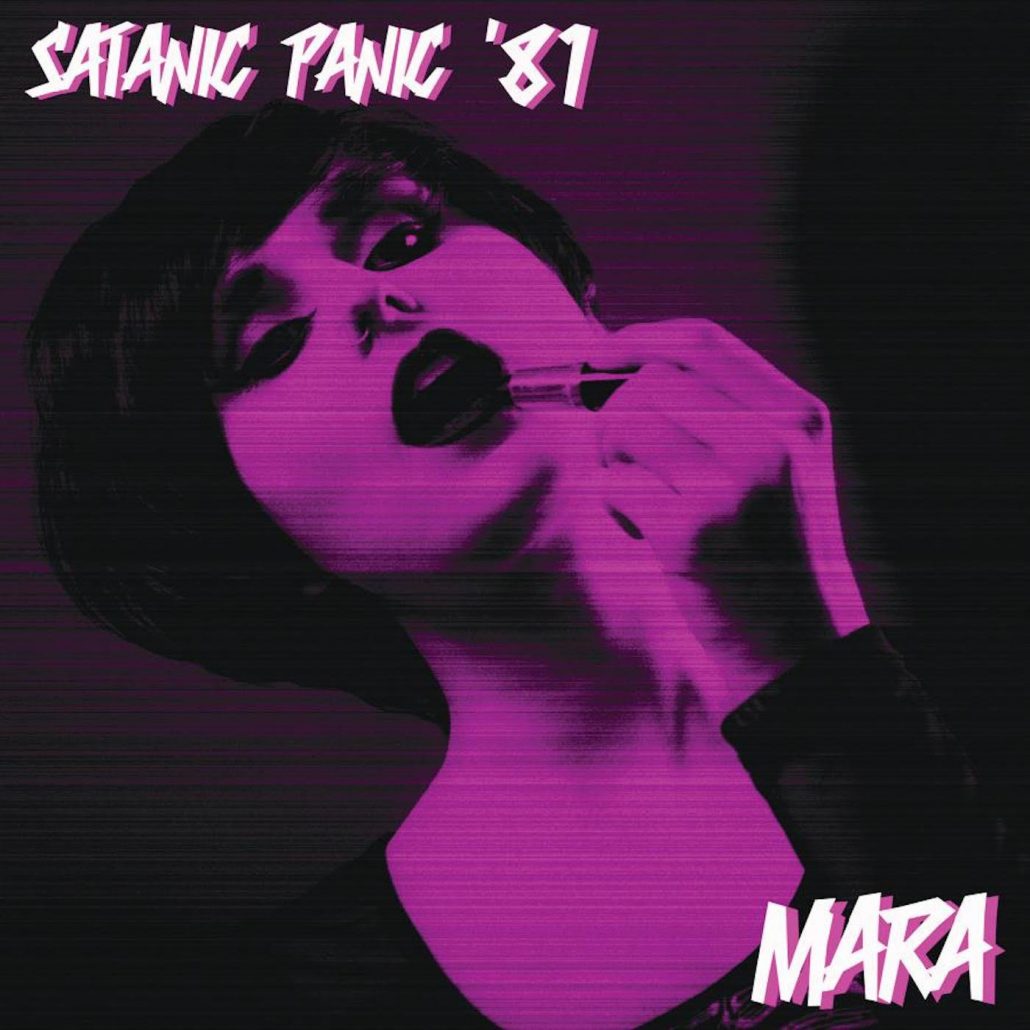