Return of the Living Dead’s Don Calfa Dead at 76

Horror News Network is sad to announce the death of Don Calfa, star of Return of the Living Dead, who died Thursday at 76.

Anyone who loved punk rock and horror in the 1980’s discovered and loved Dan O’Bannon’s Return of the Living Dead.  And aside from all the young actors who portrayed those punk rockers, the film also featured performances from three Hollywood vets: Clu Gulager, James Karen, and Don Calfa as the adults who were just as nuts as their younger counterparts.

Calfa played Ernie in the 1985 film, a mortician that enjoys his work just “a little too much”.  The vast majority of the second half of the film takes place in Ernie’s funeral home, although he is a bit reluctant to let all of those mohawked punks inside at first. 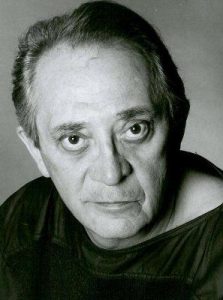 DVD & Blu-ray Releases: July 19, 2016 This week's DVD & Blu-ray releases include a Collector's Edition of The Return Of The Living Dead and...
Read more