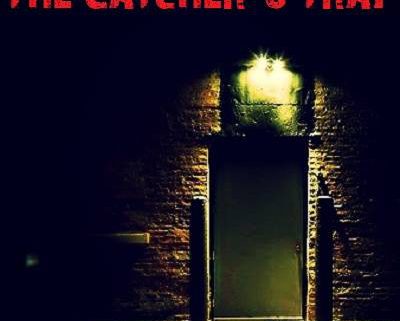 First-time author Ricardo Henriquez debuts his 240-page dark fantasy novel, The Catcher’s Trap, one of the novels in the running to be published as part of Nerdist’s Inkshares contest, ending September 30. The Catcher’s Trap is the story of a young man fighting for his life and his freedom in a world where demonic supernatural beings have enslaved humans. This is the origin story of a hero born out of the darkest struggle of the human soul. The Top 5 books entered into the contest get published and sold in stores. The book costs $9.99, but registering for Inkshares gives you a $5 credit, so the book will only cost you $5.

The contest ends Wednesday, September 30, so go to: https://www.inkshares.com/projects/the-catcher-s-trap?referral_code=13c704b0 to read advance chapters and to pre-order the book today.

CEO / Owner at Horror News Network
Rob Caprilozzi created Comic Monsters in 2004 and eventually expanded the site in 2009 to Horror News Network. Born out his love for all aspects of horror, Rob still remains hardcore comic fan. You can keep up with him on Twitter @RobCaprilozzi.
http://www.horrornewsnetwork.net/wp-content/uploads/2015/09/catchers-trap-book.jpg 515 400 Rob Caprilozzi http://www.horrornewsnetwork.net/wp-content/uploads/2016/05/HNN-logo.jpg Rob Caprilozzi2015-09-27 13:05:512015-09-27 13:05:51Read Advance Chapters of 'The Catcher's Trap' on Inkshares
0 replies