Scream Factory did their best to break the internet on Monday with some fantastic product announcements. Yesterday, we reported on their new Friday the 13th box set and today we have a look at their latest offerings, a new Pumpkinhead and Motel Hell Steelbook.

Limited to only 5000 units, the Pumpkinhead Steelbook arrives on October 20th complete with a new 4K scan of the film, artwork with a rolled lithograph of the cover by artist Devon Whitehead.

Released in 1988 and helmed by Stan Winston, Pumpkinhead starred Lance Henriksen, Jeff East, John D’Aquino, Joel Hoffman and Kerry Remsen. The story follows a man who locates a witch in hopes of bringing his child back to life. But instead, she invokes “Pumpkinhead” – a monstrously clawed demon which, once reborn, answers only to the man’s bloodlust.

Next up from Scream Factory was the announcement of a Motel Hell Steelbook, which celebrates the 40th Anniversary of the cult classic. The Steelbook features wicked art done once again by Devon Whitehead and just like Pumpkinhead, it features a new 4k transfer which is limited to 5,000 units and comes with a rolled lithograph of the illustration. It is set to hit shelves on October 13th.

Released in 1980 and directed by Kevin Connor, Motel Hell is a horror comedy featuring Rory Calhoun, Paul Linke, Nancy Parsons, Wolfman Jack and John Ratzenberger. The film follows A seemingly friendly farmer and his sister kidnap unsuspecting travelers and bury them alive, using them to create the “special meat” they are famous for.

Stay tuned to Horror News Network for any additional information on these products and future offerings with Scream Factory. 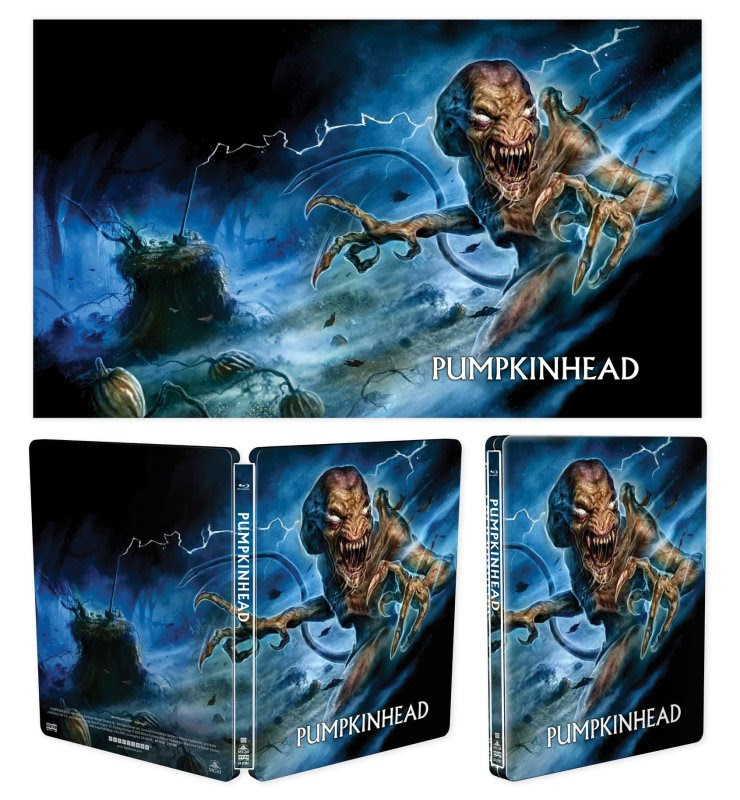 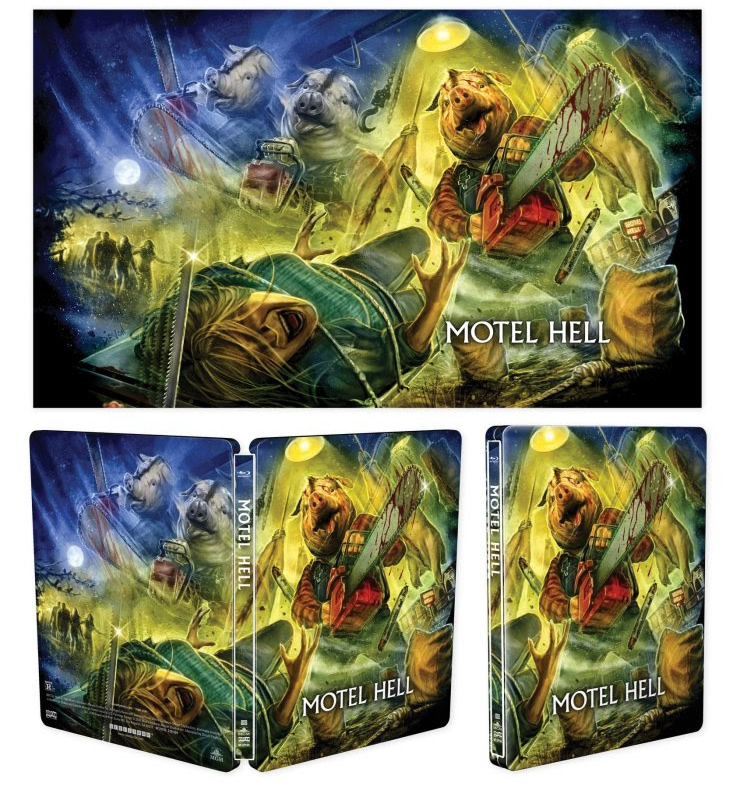 Valentine’s Day is a day for love, unless you are the pickaxe wielding maniac from My Bloody Valentine. The team at Scream Factory is...

In the Youtube era, it's hard to believe that a film that was basically a "clip show" of famous scenes from horror movies not...

Fans of Hammer Horror may have to stake their wallet this year with all of the new special edition blu-rays from Scream Factory, including...