Blog - Latest News
You are here: Home / Horror Movies and TV Shows / Paramount Confirms ‘Paranormal Activity’ will Return with a... 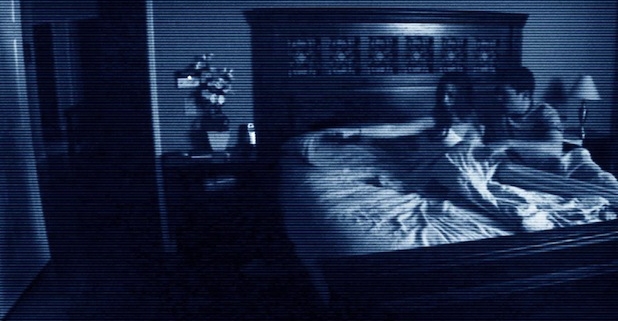 The first entry was followed by five sequels, each of which different corners of the vague mythos established in the original and concluding in 2015’s Paranormal Activity: The Ghost Dimension. The six movies have brought in over $890 million worldwide, an massive take for their micro-budgets and made the series one of the most fan-favorite horror series in the mid-2000’s.

So far, there is no title for the sequel and details are being kept under wraps.

Check back for more soon on the latest venture of the Paranormal Activity series.

'The New Mutants' Gets Poster Ahead of Release
Latest 'Paranormal Activity' Sequel Set for 2021
'The Evil Down the Street' Writer/Producer Craig Ahrens: The Horror News Network Interview
Mark McCurley

During his time as a journalism major and news staff writer at Southern CT State University, he had the pleasure of meeting and interviewing paranormal investigator Lorraine Warren before a seminar in 2009 at the Lyman Center on campus.
http://www.horrornewsnetwork.net/wp-content/uploads/2019/06/paranormal-activity.jpg 412 618 Mark McCurley http://www.horrornewsnetwork.net/wp-content/uploads/2016/05/HNN-logo.jpg Mark McCurley2019-06-19 23:22:442019-06-19 23:22:44Paramount Confirms 'Paranormal Activity' will Return with a New Sequel
0 replies