Rick Wakeman’s  soundtrack for the classic horror flick The Burning is coming to vinyl and cassette on September 30th. You can view the full press release below. 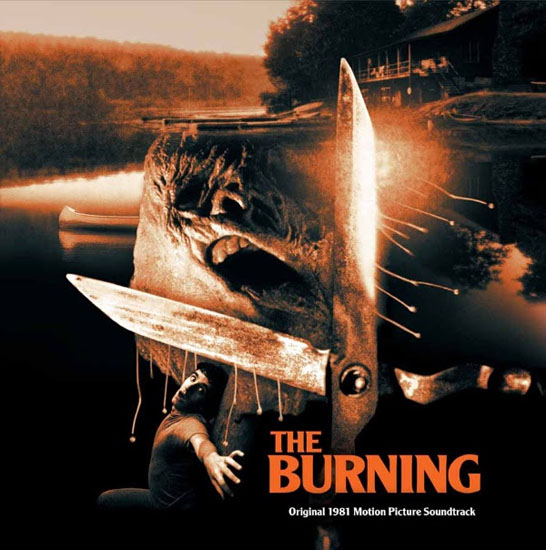 One Way Static Records is excited to bring you their latest release: RICK WAKEMAN’S iconic motion picture soundtrack for the 1981 slasher-classic THE BURNING. Available on both vinyl & cassette.

The Burning is loosely based on the NY urban legend of Cropsey, a tale that became popular at summer camps in the 1960s and ’70s. In the film, a summer camp caretaker who was horribly disfigured from a prank gone wrong is released from the hospital with severe deformities and seeks revenge on those he holds responsible, starting with the kids at a nearby summer camp.

Made at the height of the low-budget slasher-film craze fueled by the success of Halloween and Friday the 13th in the early 1980s, the film has become notable for being the first release from Miramax Films. The Burning is also the feature-film debut of Seinfeld’s Jason Alexander as well as future Academy Award winners Fisher Stevens and Holly Hunter. Legendary make-up artist Tom Savini, notable for his work on Dawn of the Dead, Maniac & the original Friday the 13th, created the effects for The Burning.

Theatrically released in the United States in May 1981, it has since gained a cult following and reappraisal by critics.The Burning currently holds a 100% “fresh” rating on Rotten Tomatoes.

The iconic score for the film was composed and performed by Rick Wakeman, an English composer, keyboardist, songwriter, author & actor that actually needs little introduction. He is best known for being in the progressive rock band ‘YES’ and for his solo albums released in the 1970s.

LIMITED COLOR VINYL: packaged in a deluxe gatefold old school tip-on jacket. Comes on Orange/Clear Split Vinyl and Clear/Orange Haze vinyl. These variants are inserted randomly and are limited to #500 copies each worldwide. They come sequentially foil numbered (2 series of /500).

This release is NOW up for pre-order on :
www.onewaystatic.com (Europe)
www.lightintheattic.net (North America)