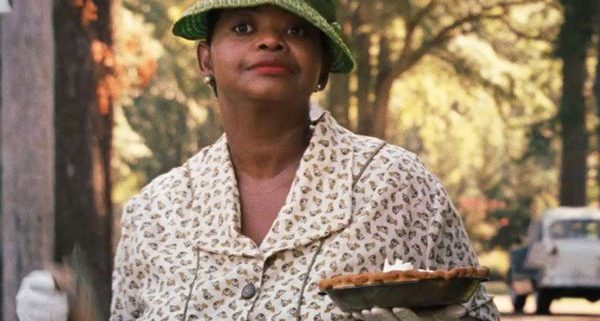 Oscar Winner Octavia Spencer joins the cast of Blumhouse’s upcoming flick Ma.  According to Variety, Spencer will be reuniting with Tate Taylor who directed her in her award-winning role as Minnie Jackson in The Help. Spencer has received much acclaim for her roles in other powerhouse films such as Hidden Figures and The Shape of Water.  Taylor told Variety, “It’s dark material, but it’s also really fun.” He went on to say “Octavia is so damn likable that we usually see her in certain roles. But she’s such a good actress and this is such a complex character that if I do my job right, people in the audience are going to want to push pause and say, ‘Can we please take you out for coffee so you don’t do what you’re about to do.’”

Although the details of Spencer’s role in the film is still under wraps, we do know that Juliette Lewis, whose credits include the iconic Natural Born Killers, Cape Fear, and From Dusk Till Dawn, is also signed onto the production.  Diana Silvers, Corey Fogelmanis, McKaley Miller, Dante Brown, and Gianni Paolo will also be joining the cast.

Ma will be Tate Taylor’s first foray into the horror genre, with the screenplay by Scotty Landes.  The upcoming Blumhouse production will be co-produced by Jason Blum, John Norris, and Ryan Turek.  Horror News Network will keep you up to date with more details as they emerge.

'Fantasy Island' is a Nightmare for Fans and Critics Alike
'The Hunt' is back on from Universal Pictures
'The Invisible Man' Shines in Super Bowl Spot
Horror Remake of 'Fantasy Island' Gets Trailer
'Black Christmas' Trailer Arrives From Blumhouse and Universal
Buy / Wait / Rent: September 2019 Blu-Ray Releases

Senior Editor at Horror News Network
Christine Bucci-Caprilozzi joined the Horror News Network staff in 2005 when the site was still ComicMonsters.com. She started as a Staff Journalist adding interviews, comic reviews and convention coverage. Christine is also the Lead Organizer/Director of the CT HorrorFest and is a firm believer in keeping the indie spirit of the horror community alive. You can follow her on Twitter @Christine_HNN.
http://www.horrornewsnetwork.net/wp-content/uploads/2018/02/the_help_octavia_spencer_5.jpg 400 600 Christine Caprilozzi http://www.horrornewsnetwork.net/wp-content/uploads/2016/05/HNN-logo.jpg Christine Caprilozzi2018-02-01 19:19:372018-02-02 18:38:21Octavia Spencer Joins the Cast of Blumhouse’s ‘Ma’
0 replies

Disney’s ‘Hocus Pocus’ to Be Continued in Upcoming Two-Part...
Scroll to top