Variety reports that Cage will star in the film alongside Joely Richardson, Tommy Chong, Elliot Knight, Julian Hilliard, and Q’Orianka Kilcher. Richard Stanley will direct the movie. Elijah Wood, Daniel Noah, Josh C. Waller, and Lisa Whalen of SpectreVision will produce the film, and Noah had this to say about the upcoming production: 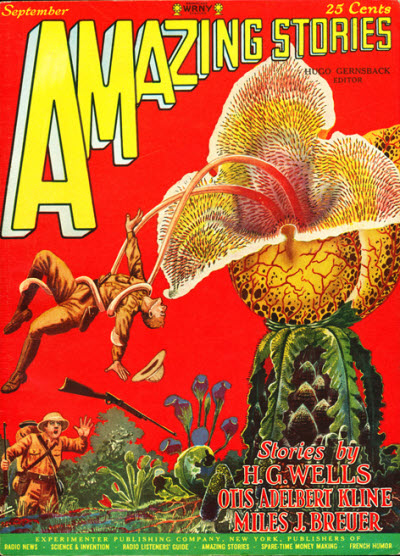 “Lovecraft is the dark father of modern horror, and we have been searching for an adaptation that captures the true scope of his cosmic dread for years. Richard Stanley — a wizard in his own right – will at long last bring Lovecraft’s humbling power to the screen unfiltered.”

“The Colour Out of Space” was first published in the September, 1927 issue of Amazing Stories. The short story is about a family coping with the horrors of an extraterrestrial phenomenon resulting from a meteorite crash which streams bands of colors from its “blasted heath.” The story was loosely adapted into film versions on two previous occasions: first in 1965 in the form of Daniel Haller’s Die Monster, Die!, and then in 2008 with Ivan Zuccon’s Colour from the Dark.

Cage and SpectreVision proved with Mandy that they’re more than game for dealing with cosmic happenings, trippy color-tinted visuals, and absurd character studies; and Color Out of Space seems like a natural progression of their partnership.

SpectreVision have provided no additional details at this time and there is currently no set release date for Color Out of Space, so stay tuned to Horror News Network for complete coverage of this interesting new project as soon as they break!

Shudder must think Halloween is a tradition that deserves more than just an October celebration. Case in point: The horror-themed streamer is rolling out...
Read more

Color Out of Space is just about ready to land on earth! We reported in January that Nicolas Cage would be reuniting with the...
Read more

Steven Spielberg to Resurrect ‘Amazing Stories’ for Apple TV Plus

On Monday, Apple’s CEO Tim Cook announced Apple TV Plus, the tech giants biggest push into streaming video. In a video that played at...
Read more