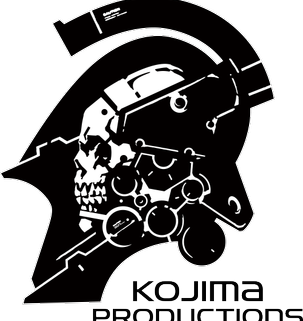 Hideo Kojima is back on the block after his very public falling out with Konami. Every since the terrfying P.T. (a playable teaser for Silent Hills, a game meant to be Kojima’s and Guillermo Del Toro’s take on the legendary Silent Hill franchise) dropped on Playstation 4, fans have been clamoring for the video game legend’s take on a full size horror game. But it wasn’t meant to be. Around the time of the release of Metal Gear Solid V: The Phantom Pain, Konami began to publicly force Hideo Kojima out of the company and shifted focus away from producing AAA titles for home consoles.

Fans of Kojima’s work will be instantly familiar with this kind of trailer, which asks more questions than it answers. Those who were holding out for a miracle on the production of Silent Hills will no doubt be happy to see Gullermo Del Toro’s likeness featured prominently in the trailer. There’s no word yet if this is simply an homage, or if Del Toro will be working with Kojima on the production of the game. Mads Mikkelsen is also prominently featured in the trailer, and he is listed as a star of the game on the title page. Although he is not featured at all in the trailer, Norman Reedus is also listed as a star. He was featured prominently in the shorter reveal shown at E3 2016. Reedus’ digital likeness was supposed to be the star of Silent Hills, so Death Stranding will likely have some of the same themes and motifs that Kojima had planned for Silent Hills.

The game will appear on the Playstation 4 console, but a release date has not yet been announced. Stay tuned to Horror News Network for more info on Death Stranding as it breaks.

Staff Writer at Horror News Network
John has loved movie monsters for as far back as he can remember. He's since collected up as many comics, statues, and autographed material related to movies and music that he can get his hands on. He is particularly interested in the critical and analytical discussion of the best stories the horror genre has to offer. One of his largest works on the topic is a study on the portrayals of people with disabilities in horror films.
http://www.horrornewsnetwork.net/wp-content/uploads/2016/12/kpl.png 329 303 John Evans http://www.horrornewsnetwork.net/wp-content/uploads/2016/05/HNN-logo.jpg John Evans2016-12-02 11:24:122016-12-02 14:31:56New Video Game Trailer Released for Hideo Kojima's Death Stranding, Starring Norman Reedus and Mads Mikkelsen
0 replies