Today Sony Pictures dropped the third trailer for Underworld: Blood Wars.  Kate Beckinsale is back in the pleather and returns to the screen as Selene in January of 2017.

From the looks of the trailer, fans of the franchise will be treated an onslaught of ferocious lycan chaos. It also appears as though Selene will once again not go away quietly. As with the previous films, she will battle both vampires and werewolves, including a new lycan foe, Marius, played by Tobias Menzies.

With this being the third trailer for the film, many have wondered whether or not too much of the plot has been revealed.  However, for fans of the franchise and werewolf movies in general, this installment of Underworld series looks to deliver the action and suspense horror fans loved about the first two films.  Underworld: Blood Wars hits theaters on January 6, 2017 in the US and January 13, 2017 in the UK.  You can check out the latest trailer below. 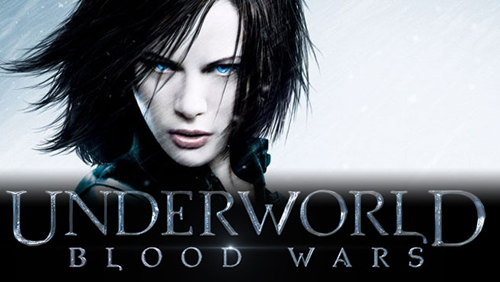 October is just around the corner and, of course, that means Halloween will be here before we know it. And the Syfy Channel aims...

A new horror/thriller is fleshing out its cast--and this week the project landed a couple of big fish. Mickey Rourke and Taye Diggs have signed...

With October only hours away, Netflix dropped a new teaser trailer for Hubie Halloween. The rundown of the latest Adam Sandler film will follow “A...