While scheduled re-shoots of big-budget Hollywood films are nothing new, adding an entirely new character into the fold during them is.  This is precisely what Twentieth Century Fox will be doing with the horror-themed comic book film The New Mutants, set for an additional round of photography this summer.  According to The Hollywood Reporter, in addition to new and revised scenes being shot a new character will be introduced into the mix as well.  It’s a bold move for the much-anticipated film, which the studio hopes pays off at the box office.

The identity of the new character has not yet been announced, but several theories are already floating around the Hollywood blog-o-sphere about who it could be.  The New Mutants, adapted from the comics of the same name, will revolve around a group of younger mutants, teenagers and young adults, who are just coming to grips with their powers and place in the world.  Following on the heels of last year’s  bloody and intense Wolverine epic Logan, The New Mutants will continue the vein of darker, grittier and more violent X-Men films that the studio has been releasing with recent regularity.  Mutants already features an impressive cast of young actors, which include Henry Zaga (Sunspot), Anya Taylor-Joy (Magik), Charlie Heaton (Cannonball) and Maisie Williams (Wolfsbane).  The new character could be another mutant (Karma and Warlock have been theorized), or even a recurring character from other X-Men films such as Professor X.  Writer/director Josh Boone has been tight-lipped to this point, but we will hopefully know more as the summer grows closer.

Despite the re-shoots,  The New Mutants is still scheduled for a February 22nd, 2019 worldwide release. This will be a genre-bending film, combining the elements of horror and superhero movies with unabashed equality (according to the trailer.)  Everyone should be excited for the release of New Mutants, as it represents a positive trend towards adult-themed material ahead of Fox’s pending mega-merger with Disney.

Stay tuned to HNN for more news on The New Mutants as it breaks! 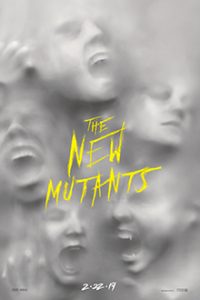 Viewership for ‘The Walking Dead’ Continues to Drop with Lowest-Ever...

Chris Hemsworth in Talks to Star in Sony’s ‘Men in Black’...
Scroll to top