If you are the type of horror fan that still mails bills, letters, and cards the old fashioned way, you’ll be able to do so in style this year with the United States Postal Service’s upcoming Halloween Spooky Silhouette and T-Rex stamps.

According to the official press release from the USPS, the new Halloween stamps will appear in Autumn and “…will offer fun, frightful scenes that symbolize this annual celebration. Four stamps feature digital illustrations in which traditional Halloween motifs are rendered as black silhouettes in eerily backlit windows. Artist Tyler Lang created the artwork. Art Director Greg Breeding designed the stamps.” 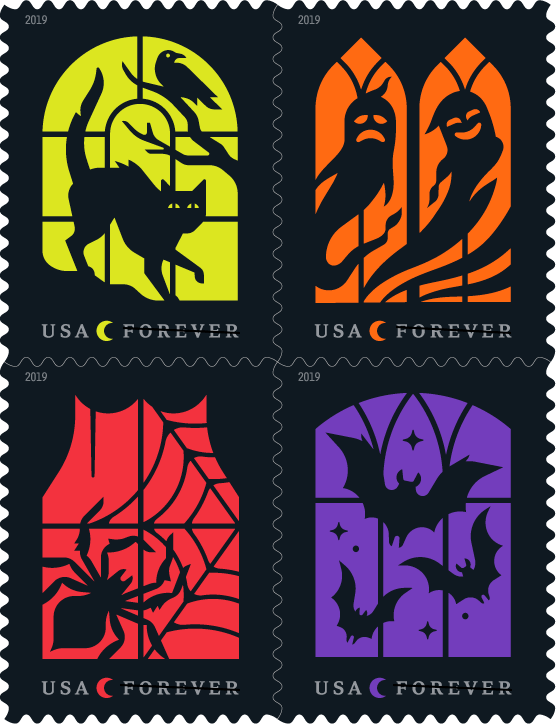 If you are in more of a Jurassic mood, the USPS will also offer stamps based on the life of everyone’s favorite meat-eating dinosaur, with four different stamp versions of the beast.  One of the two-panel designs is described as  “…a face-to-face encounter with a T-Rex approaching through a forest clearing; another shows the same young adult T-Rex with a young Triceratops — both dinosaurs shown in fossil form.”  The other two stamps “…depict a newly hatched T-Rex covered with downy feathers and a bare-skinned juvenile T-Rex chasing a primitive mammal.”

This being the USPS, it is important to note that one of the two illustrations will feature a red-blooded, American Tyrannosaurus as “The “Nation’s T-Rex”,  the young adult depicted on two of the stamps, was discovered on federal land in Montana and is one of the most studied and important specimens ever found. Its remains will soon be on display at the Smithsonian Institution’s National Museum of Natural History in Washington, D.C. Art director Greg Breeding designed the stamps with original artwork by Julius T. Csotonyi, a scientist and paleoartist.”  No release date has been set for the T-Rex stamp as of yet.

And just in case your first vampire experience revolved around Sesame Street’s math-obsessed undead friend, The Count, the USPS will also be unveiling a set dedicated to the lovable residents of Sesame Street, including the aforementioned Count.

More details should be revealed soon, including dates and locations for “the first-day-of-issue ceremonies”, so be sure to keep checking back with Horror News Network, the only organization more reliable than the United States Postal Service! 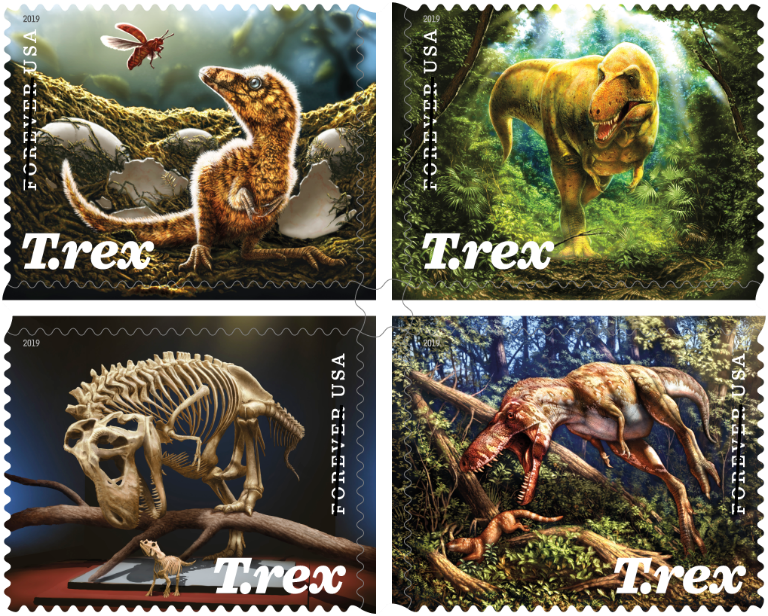