Have you ever wondered what the blood-thirsty murderers that partake in the annual Purge do for the other 364 days a year? Wonder no more, as the website Den of Geek recently interviewed Blumhouse Productions head Jason Blum, who divulged additional details on the upcoming television series based on the successful film franchise. The Purge series, scheduled to debut sometime in 2018, will focus on the characters during the year when they’re not purging and offers a fresh take on the story line laid out by the first three films (with a fourth movie in the can for next year).

According to Blum, “we’re working on kind of exploring what it’s like to live the rest of the year in a world where you can kill someone on a certain day of the year.” It’s a novel concept that Blumhouse Television is hoping will translate to TV as well as it has to the big screen. The three Purge films have grossed nearly $320 million worldwide on relatively-low budgets (a hallmark of the Blumhouse brand.) Blum hopes that the series will continue his incredible run of success as of late. He was a producer for both Jordan Peele’s runaway hit Get Out (grossing $150 million domestically) and M. Night Shyamalan’s blockbuster Split, which raked in over $260 million globally.

The Purge TV series will premiere on both the USA Network as well as Syfy at some point in 2018. At least for now, we know what we’re in for! No need to barricade your house and set those security alarms….yet.

Stay tuned to HNN for more information on this as it breaks. 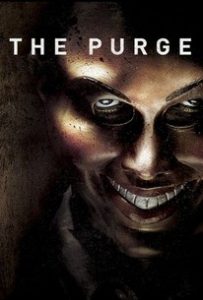 Elisabeth Moss and her production company Love and Squalor Pictures will develop the book Mrs. March into a feature film along with Blumhouse Productions....
Read more

Things are heating up with the planned Firestarter remake from Universal Pictures and Blumhouse Productions. Director Keith Thomas said this week that the remake of the 1984...
Read more