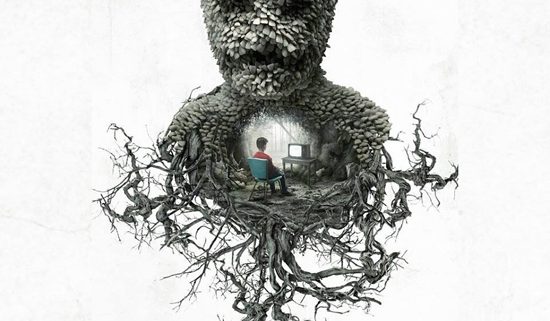 A sneak peak has been released for Syfy’s Channel Zero, a six-part anthology TV series based on “creepypasta”. The first season of the show, entitled Candle Cove, will premiere on September 27. For those who are unfamiliar with it, Creepypasta is described as “user-generated horror stories that are published and passed around the Internet.”

Candle Cove, based on a story by Kris Straub, follows one man’s obsession with a 1980’s children’s TV show of the same name, and his suspicions that the show may have been somehow connected to the deadly events from his childhood. The series stars Paul Schneider (Newsroom) and Fiona Shaw (Harry Potter). The new clip shows the group talking about their memories of “Candle Cove” and a character known as “Jawbone.”

You can catch the premiere of Channel Zero: Candle Cove Tuesday, September 27 at 9/8c on Syfy. Check back here for continued coverage of Syfy’s Channel Zero.